I had a really nice night at the crash pad.

I was flipping channels and found

The History of The Eagles on Showtime.

Just in case there is any confusion it was the band, The Eagles

I was alone at the crash pad, and so turned it up and sang along to those old songs that I remembered from the seventies when I was kid.  I remember riding on the backseat of my parent’s big ole Lincoln,(wait, this requires a pic)

and listening to my parents harmonizing on, “Lyin Eyes” and “Take it to the Limit” and their hilarious discussions regarding  the meaning of “Hotel California”.  (The band said on the documentary that it didn’t mean anything, they were just messing with us.) 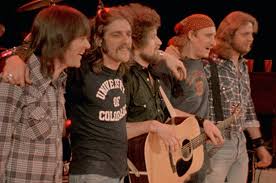 and so did my parents.

Then, I remember being in college in the South in the 80’s and there still being lots of Eagles music around but it was by then, classic rock.   Don Henley was solo on MTV and Glenn Frey was on Miami Vice.

You forgot didn’t you?

I kind of loved that music but it wasn’t really my music, it was just in the background.  My music when I was graduating HS and becoming a young adult was a bit later, think Journey, The Go Go’s and The Police.  Remembering more of my faves, Stevie Nicks…  yes, I was the Edge of Seventeen then and Bruce was Born to Run.  Happy thoughts.

I have digressed mightily. My point being that although I know most of the words to all of those Eagles songs, I had forgotten them and never really listened to them as a mature adult.

The lyrics kind of blew me away tonight.

OMG, is that a divorce anthem? 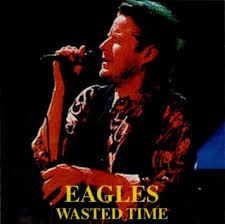 Then, due to The Long Run,

I got to ask myself even more questions: 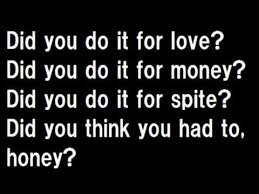 To be honest, I did do it for love.

Yes, I think I had to, Honey

He didn’t leave me much choice. The credits rolled to

They could have written that about me.

I get crazy and try to run him off so I won’t get hurt again.

I make no damn sense.

Desperado, why don’t you come to your senses?

Come down from your fences, open the gate

It may be rainin’ but there’s a rainbow above you

You better let somebody love you

(Let somebody love you)

You better let somebody love you before it’s too late

I loved it and I am going to let somebody love me.

Maybe next time I’ll find Truth or Dare on.

which I will probably need to blog about.