If so, I’m wearing them.

In contrast to Al’s rosey ones of course.

I’ve had a very hard week.  First, I’ve had sick kids.  Merlot vomited for 14 hours last Sunday while JB ran a very high fever and complained of a headache and sore throat.  There were 2 different viruses in residence and both sucked.  I basically spent 2 days going between their rooms with stops in the bathroom in between to scour my hands. 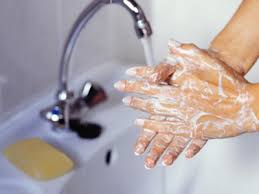 On Monday, while Merlot was still lying in a heap on the sofa but sans bucket, I had a brain fart and sent Stanley to take JB to the pediatrician since she still had high fever and complaints of sore throat.  So, I sent the 2 least verbal people in the house to the doctor together.  They got back and he said the strep test was negative, just viral, she should be better in 1 – 2 days.  Just looking at her I could tell it wasn’t going to be just one day.  The next day, (that was possibly Tuesday?) Merlot went to school and JB continued with the fever, feeling like caca thing.  I felt slightly nauseated and clammy and spent some time in a heap myself.  At some point during the day she started complaining of an ear ache.  SHIT.  Per Stanley, the doctor didn’t actually look in her ear.  Shit and damn.   By nightfall, she was crying with stabbing ear pain and ringing in her ears.  Shit, Fuck and Damn.   I broke down and gave her one of my high dose Amoxicillin tablets I’m taking for a sinus infection and 1/2 a pain pill from my gallbladderectomy (whatever) last summer.  She finally went to sleep at about 2 a.m.  I got up and got the other 2 to school, called the ped and back we went 48 hours later.  Finally got meds.  Fortunately for her, the Ped didn’t fuss at me for giving her the Amox or I would have had to pull out my Because I did not have time for that.

I got her settled at home and HAD to go see a patient.  I have a patient I have been seeing who is 52, has had a very debilitating stroke, and now has depression issues.  Who wouldn’t?  I got a call to please come because she had received word that her young adult son had been shot and killed on the mean streets the night before.  I sat with her for an hour and cried a lot with her which made my head feel like it was going to explode when added to the stresses of the lack of sleep and sick kids.   That was the day that Al graciously blogged for me.

Thursday, I sent her to school, she wasn’t really able, but wasn’t contagious and had missed 3 days already.  Plus, I had a lunch meeting with the CEO of the company I work for, plus the Chief Clinical Director, a psychiatrist, and I really wanted to spend some face time.  She called just after we ordered and needed to come home but luckily Stanley was able to go get her.  On Friday, I sent them all to school, attended JB’s 5th grade music program, took food for The Boy’s To Kill a Mockingbird luncheon (really, was that necessary?), went to PT for my back, and saw patients before carpool.  It POURED rain.  I poured water out of my shoes on 3 separate occasions and every mile I drove was a ‘white knuckle’ mile.

I had gotten a head’s up that one of the patients I needed to see had been in the room when his wife suffered an aneurism and dropped dead on Sunday.  He is a schizophrenic and has regular delusions and hallucinations.  He was pitiful.  Pitiful.  In addition, he said that the aliens had caused it to happen and kept pointing to the ceiling.  And like a dumb ass, I realized I kept looking up there too.

So, that took some time.

And made my head hurt worse.

In addition, I haven’t seen my lovah in 3 weeks; so of course, last night we had a communication snafu which created a slight tension.  I realized in the midst of it, that I am so stressed because I am dealing with all of this by myself.  Stanley has been here to help with some of the logistics, but I haven’t had his emotional support because we don’t do that for each other anymore.  (Not that there was much of that before).

I miss having a husband sometimes.

Or even a local boyfriend.  Or even a best friend available to sit on my sofa at 10 pm.  My best friends now are also moms who are busy with their kids.  What I have needed is someone to help me laugh at night about how stressful all of this has been.  Someone to have a glass of wine with on the sofa.  Like when you have a husband and steal a few minutes to roll your eyes at how crazy it has all been.  Hell, I would even have taken a roommate last night.  I realized that I haven’t spent one minute in a week, since last Saturday at noon, with anyone that didn’t need me to be strong and take care of them.

That is pathetic.  No wonder I am down.

So, today I am on a mission to laugh.  I don’t care if I find that release by watching Bridesmaids again on cable.  I need a laughgasm.  I need multiple laughgasms.

I need the Big L

and it needs to be a good one.

This is my mission.