I spent some time with Stanley yesterday.

He was actually on nest duty last night but we had middle school open house and meet the teacher night.  Since we have 2 now in middle school, we had to both go and divide and conquer.  He went to The Boys classes and I went to Jumping Bean’s classes.   He came in at 5 just as Merlot and I were finishing her homework.  He made dinner (he was on after all and I had just finished his sink full of dirty dishes from dinner on Monday night)  and we chit chatted before we had to leave.

We did take both cars, I’m not that stupid.

I told him I bought a dishwasher per our agreement.  He paid the $1000 we owed to the orthodontist to get Smiley’s braces off and I agreed to buy a dishwasher since ours has been broken since April.  APRIL people.  That dishwasher cost me $484 that I didn’t have but whatever.

Stanley’s of course look fine.  He hasn’t done many dishes.

He has beer activities scheduled for the weekend so we are switching the weekend around.  The dishwasher is being delivered Friday but Stanley has insisted he can install it so we didn’t have to pay the $139 for installation.   He offered during our conversation last night to come on Friday in the late afternoon and install it so I can have it for the weekend.

That was nice of him. 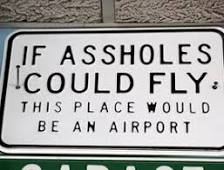 Then he will be off to his weekend of beer activities.

Apparently he has 2 beer events this weekend.

I knew something beerlike was up because when I came in with the kids and dog on Monday after our weekend away (when he was too busy to keep the dog) my kitchen was covered with Home Brew shit.  There were HUGE pots, and vats of Hops every where.

Those things were also dirty in my sink but I got my shit and left it on Monday.  Yesterday, that was gone but his dinner dishes were here.  I will not sink so low as to wash his beer shit.  That was part of the reason for the decline of my marriage. Just in case anyone thinks I shouldn’t have divorced him, he gave me a little morsel of validation yesterday that I could have never stayed married to him.  We were talking about his brother in England and their trip.  He told me that he enjoyed being with his brother but that he didn’t have much in common with him.  No shit, this is what he said,

“We just don’t have much in common.  Well except we both like

fine whiskey, except  he is most interested in the quality of the

whiskey and although I love high quality whiskey, sometimes

I am all about the quantity.” Which brings me back to a philosophy on men that a friend of mine adopted when we were 30 + years old and still dating.  Her  idea was that we should use them for their gifts.  Don’t let them make us cry, accept that they were not ‘the one’ and use them for whatever strength or gift they brought to the table.

Also we had to accept the fact that sometimes they only had one gift.

One of mine only had the gift of being able to make good music mixes. 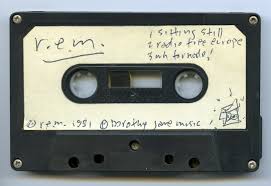 Well.  Stanley can install dishwashers and fix stuff if he is

emotionally invested.  Which he is usually not.

But if he is, that is his gift, however lame or fleeting it may be.

And he also loves his children.

Oh, and he makes good beer.

Which is more than some people have.

I don’t know how many I have myself,

I may not have more than 3 either.