I had a meltdown yesterday and it was epic. I did get my power cord for my laptop in the mail on Friday.

For 20 seconds, my ideation for ‘Losing-my-shit’ was avoided.

had mailed to me. 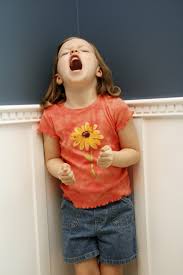 I had a smallish hissy fit.  Then went to Best Buy where

they saw my barometer and gave me one off the floor model.

All was good and fine on Saturday. We celebrated

The Boy’s Birthday, which is TODAY,

with my family.  All good.

Then yesterday, I lost my shit.  Lost it.

I felt all alone in the world of my own making.

financials and kid stuff. Horrible right?  I felt sorry for him because she is crazy.

This was me at 2 hours

“Geez, this is going long I bet he is exhausted.” This was me at 4 hours

This was me at 6 hours

“That rat bastard! Spending 6 hours with his EX?  His EX?” He wouldn’t like it if I spent 6 hours ‘talking’ with Stanley either.

But of course that would never happen.

Stanley and I haven’t talked 6 hours total like ever.

My blood was on a slow simmer as the hours passed.

Then because of the distance, he couldn’t make it right no matter what he did.

Couldn’t give me a hug and tell me all about it.

and wouldn’t talk on the phone.

Because, that will teach him.

Ha.  That’s right.  I was denying him access to my

Anyway.  We made up finally, I guess.

I don’t think he will be doing that again.

It makes is so much harder to communicate

about things that are hard to communicate.

Like for instance he texted me some line about the house.

I heard ‘he’s moving back in the house.’ No, they are trying to get the house on the market to sell the house.

It sucked until midnight my time, 1 a.m. his time.

In addition, Merlot cried and clung to me when I left last night.

I got texts all night  from her, i.e.

“I just want us all to live together!”

So, in addition to being hysterical about the 6 hr Ex date,

I was having ‘I’m a terrible mother because I got divorced’ angst.

There was great joy all around…

And today is The Boy’s 14th Birthday.

Which has made me all nostalgic.

I’m trying to get over my meltdown hangover

to make it a really fun day for him.