I’ve heard nothing  but crickets sounds from my doctor about my testing.

So, I’m just waiting and trying to do my thing.

I’m trying to focus on the positives:

Surely if it was urgent they would have called by now

I’m really much too pleasantly chubby to be seriously ill. 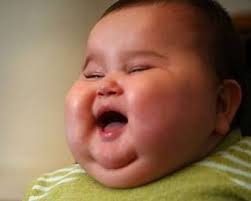 their thoughts and prayers.

Everyone except Stanley, who since he wished me but truly, he would have done the same if we were still married.

Everytime I get in the car now I hear a song

that is my new divorce anthem called,

The One That Got Away

I turn that sucker up and sing LOUD.

Coincidentally, the Civil Wars, a man and a woman, friends

not lovahs per report, aren’t even speaking.  They

cancelled their tour last year and made some new music

but have put a statement on their website they are having

Ha.  That’s all I have to say about that.

Anyway, everytime the song comes on I think of my own

and turn it up.

Sharing because it’s worth it.

Will update when I get news.

**Edited to add, I didn’t see the video on my phone but it shows up on my laptop.

Weird.  Anyway, check it out.