I made it home yesterday fine.

I was exhausted and cried out and looked 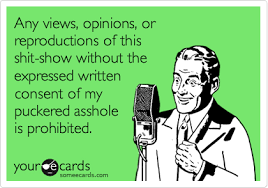 **Al would like me to tell my readers that he loves me very much.

I was also a worried mess because I hadn’t heard from Stanley or the kids in a few days.  Not that I care about Stanley, but he had put a pic on FB showing his fabulous BMW rental car and that they were leaving Ye Olde Bitch’s Grandmum’s house to begin the rest of their vacation which includes driving around England to visit various relatives.  I’m mad at Ye Olde Bitch  Grandmum but that is a story for tomorrow.  Suffice it to say, she needs a good whomping with my pursebrick.

So, I got in, loved the dog, went through the mail and tried to avoid my reflection in the mirror.  Cried out, swollen, 3 hours of sleep eyes is not a good look for me.  My own reflection was causing me serious distress, especially as it was the 2nd day after my 49th birthday and I have been having a mini crisis about that as well.  But that is a story for over the weekend.

In between avoiding mirrors, I was compulsively checking my phone for texts from the kids or posts from Stanley on FB to find signs of life.  I was worried because he had told me years ago, when we were in England, that he didn’t want to drive there anymore.  He said, and I quote,

“If I ever tell you I can drive over here and suggest renting a car, just tell me to forget it,  it isn’t a good idea.  I’ve been gone so long now that I am afraid I will get confused and forget where I am and kill us all.”

(forgive that color but he is a pale English wanker )

And then I see on FB he has rented a car and I wasn’t there to tell him.

I hadn’t heard from them for a few days so I was sure they were dead.

Because that’s how I roll.

So, between being sick about Al and the silence from the UK, my tension was high by this time.

I got a text from my mom that she was coming over because she was worried about me.   Well, good.  Someone loves me.  I considered trying to fix my eyes but forget it.  Too awful.  It would take a house painter to fix that shit.  About that time I got a text from Jumping Bean that says,

Hi Mommy!  I have wifi now!

They call in on FaceTime and I see their faces and burst into tears. 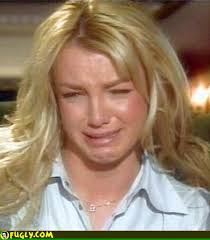 I felt so ashamed but couldn’t hold it in.

I was apologetic and told them I was missing them and I had been worried since they have been offline.  They said that Stanley has been doing a good job of driving and they have been to Oxford to see all of his old stomping grounds and then to see their Great Grandmother who is 94.  They are in London now and staying at a house where they will be until they leave for home.  There is wifi, so hopefully that is the last time we will be so out of touch.   To be clear, if they have wifi and I have wifi then our communication is over the internet and free.  If they just call or text it cost a billion dollars which Stanley will not allow because it is to talk to me and not beer related.

Most of the pics he has posted of the trip have looked like this.

The kids were good.

They were happy, Merlot was not crying, she was bouncy and happy.

She said she still misses me and cries at bedtime but she appears much improved.

Which made my little sad heart feel a thousand times better.

Mom arrived in the middle of our FaceTime and also got to see the kids.  She was almost as happy as me.  It also helped me to see her and we talked a lot about my visit to the old home town and what went down with Al.  I was blessed in the mom department.

Al and I sent texts back and forth all day but I did not talk to him on the phone.  I was just too sad.  We are both tender and sad but have realized that we learn so much on those longer trips.  Long distance relationships suck hiney in many ways, but one major way is that when you see each other for a few days you are both on your best behavior.  You don’t see the little kinks and things that might drive you crazy about the other person.  I think we are seeing some of the quirks now and making our adjustments.  We have to be around each other enough to work this shit out.

Al said that nothing went in our favor on Tuesday.

The kids were on the dark side of the moon which IOS.

We drove home in bad weather and traffic I’m not used to, which IOS.

It was the end of the trip which IOS.

He had to take a conference call in the midst of the drive which IOS.

We had a fight in the midst of it.

His kid arrived before we could make up which IOS.

I was dreading like hell coming home alone which IOS.

We were juggling money which IOS.

What in the sam hell is with all the tolls in the Northeast?

That would never fly in the south.

Rednecks would whip out their guns and blow that shit out

SOUTHERN PEOPLE DO NOT DO TOLLS.

I’ll admit the roads in Delaware did not have pot holes,

Anyway, Al and I are working our stuff out.  We didn’t leave well and have weeks to go to reestablish intimacy but we learned some things.  If it doesn’t kill us I guess it will make us stronger. Today  I’m working and trying to get used to the quiet nest. Weird.  It’s never quiet here because either he is here with them or I am.

The dog and I are kind of freaked out.

Thanks for the support yesterday.  Y’all rock.