Today is the last day of school here. 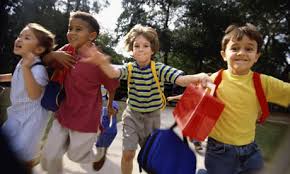 The kids were excited although we had a hard weather night.  I was off which made it worse since I was out of control.  I worried about them all night.

Stanley is not afraid of weather.

And when I say, not afraid of weather, I don’t mean that he thinks there is no point in being hysterically afraid of weather, I mean he hasn’t experienced it and so doesn’t get  what could happen.  He was only minimally aware of the devastation in Oklahoma when he came in yesterday.   Apparently in England, they don’t have tornadoes and even though he has been here 20 years, he hasn’t experienced it first hand.

some Dr. Who episode or something.

But he is afraid of Daleks.

Also, his empathy button seems broken to me.

THAT’S IT!  I WAS MARRIED TO A DALEK!

Well, that explains a lot.  Anyway,  he doesn’t really react appropriately when the sirens start going off.  By appropriately, I mean, he doesn’t seek shelter or put the kids in an interior closet.  If the sirens are going off at bedtime, he goes to bed.  So, I was scared to death that he put the kids to bed upstairs (where the big trees will fall in) and then went to bed at 11:06 which is when he goes to bed every single night after his nightly constitutional.  I tried every subtle way (and some not so subtle) to get him to agree to let the kids sleep downstairs if we were under threat.  I finally said, in front of the kids, “If the weather is bad, Daddy is going to let you all sleep downstairs with him!”

He just kind of nodded. One of my very best friends is from Oklahoma and spent large parts of Monday in her storm ‘room’.  She is a few hours from Moore.  She was texting updates, thank God, because I could see the Red over her house on The Weather Channel.  She has a friend though from Moore who lost everything, including her car.  I watched hours of the coverage yesterday and cried and cried.  Kuddos to all the teachers and rescue workers.  Although everyone knows I am a liberal social worker, I hope I don’t hear one negative word about the teacher who admitted to praying out loud when she was shielding those 6 kids with her body.  Anybody has the right to use whatever coping tools they have in a time of crisis.  If she had called on Dr. Who or the Goddess Isis it would have been appropriate and okay.  I myself would have probably been alternating, “Help me Jesus” with “Oh, Fuck!”

There are many heroes.

I saw patients yesterday and many of them, who have hard circumstances of their own, were grieving the news on TV and spent their session talking about the losses there.  The only thing that brings any comfort in times like this is to see people put aside their differences and grieve as a humanity.

Maybe that is the lesson here.

I’ve seen enough death in my profession, and child death as it was, and I don’t believe in a God that teaches us lessons by making kids die.  I just don’t.   But it does seem that we are having plenty of opportunities, not just as Americans (with Sandy, Newtown, Katrina, Boston, 9/11 and all the other catastrophes) but on the world stage, with tsunamis and earthquakes, to grieve collectively.  Maybe the lesson is to put politics aside and focus on surviving together the forces of which we are out of control.  We sure can’t seem to learn it any other way.  And I’m sure I am living in some rainbow land and all of this will be politicized.  But on Monday, nobody cared if their neighbor was a democrat or republican, was against gay marriage or for gun rights, they were all banding together as people.

I have no idea what all of this means.  I guess I needed to say today,

FOR PEOPLE and AGAINST DALEKS.

and sending prayers to the people of Moore, Oklahoma.