Women are judged so harshly.  Why is that?  Since the dawn of time women have been judged more harshly.  We are allowed much less room to live than men. Perhaps, at the very dawn of time, a woman was having cramps, sat down for a minute,

and during that minute the man took her power. I can guarandamntee you there are people out there judging me for talking about sex as frequently as I do.  Because I’m a woman.  Oh, and a mother.

Oh, you didn’t enjoy it?

You did your job and kept it under lock and key but you were raped? Well, there are those right at this very minute (and running for election today) that believe that if a woman is raped and gets pregnant, well, then it wasn’t rape because her body has the means to shut that down if she didn’t enjoy it.

People that think that not only think they are better than women are,

But You know what? And Won’t be voting for Paul Ryan them today.

We still don’t make as much money as men do. Why?  Because they have the power and pay us less.

I’m getting pretty sick of it myself. I’m mad today again at the judgement I feel for being a divorced woman.

I don’t see any of my brothers questioning Stanley’s judgement. 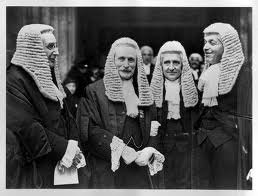 Because he is a man and isn’t expected to have any judgement?

It is because men aren’t held to the same moral code as women. I’m pretty fucking sick of it myself.

I think I am going to start calling some people out.