The primary difference between dating someone who is widowed versus divorced? Presumably, the widower lost his spouse when the two of them were happy, and the divorced man experienced the termination of his marriage because he and his wife were not.

Death vs. Divorce: Apples and Oranges

While widowhood and divorce both involve grieving, we may be comparing apples to oranges when we begin to look more closely.

For example, someone initiates divorce because one or both parties no longer wish to be married. This certainly isn’t the case with the death of a spouse.

Moreover, termination of a marriage by divorce is frequently accompanied by argument, acrimony, and alienation of friends or family. Again, death is a whole other ballgame.

In addition, one or both spouses in divorcing couples may face dramatic financial losses. Again, this is typically not so in the case of a deceased spouse, though medical expenses can alter any such assumption.

Naturally, when legal proceedings are raging, some of us may ask ourselves which is worse for the one left behind – death or divorce. These may be inevitable comparisons, but the bottom line is this: All losses are not created equal, and that holds true for both divorce and widowhood.

As for divorce, circumstances loom large here as well: Cooperative co-parenting and an absence of financial hardship make dating a relative breeze, whereas a vengeful ex or decimated bank account results in anything but…

Are these the only factors? Hardly. Emotions, logistics, kids, legal issues… They may sort themselves out more quickly than we think or take years to untangle.

Plenty of Pros in Dating a Widower

Having dated both divorced men and widowers, I’ve noted some differences. Here are several advantages to dating a widower.

Cons in Dating a Widower

Naturally, there are cons as well, some of which depend on timing.

Just because a man is widowed, that doesn’t mean he was a “perfect” husband or had a perfect marriage. We may romanticize the relationship he had with his wife – so many TV shows and movies encourage it – but we need to remember that narcissists are trouble and they can be widowed, too.

Likewise, those tricky passive-aggressive men or those who are endlessly manipulative and withholding. 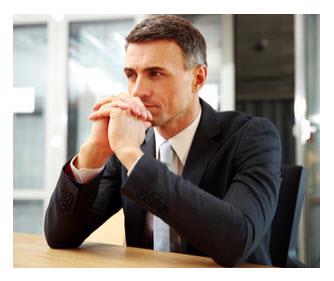 You take your time getting to know a divorced man, right?

Well the status of “widower” does not impart exemplary character or heroic qualities anymore than “divorced” automatically means selfish, unfaithful, or somehow unreliable.

Red Flags When Dating a Widower

Especially important for those women who are susceptible to the “vulnerable” man, watch out for these red flags!

My own experience includes one gentleman with a young child who did all of the above! And while you may think this must have taken place soon after his wife’s passing, in fact more than three years (and dozens of dates) had already gone by.

I happen to be a fan of dating divorced dads. We tend to have more in common in terms of the complexity of juggling kids and “life,” not to mention what happens when a couple’s relationship crumbles.

A widowed dad may share a similar experience relative to marriage and parenting, but he likely has no concept of how it feels to be treated as if he has “failed” his family, “ruined” his children’s lives, and somehow could have prevented it.

In an intriguing example of society’s views of widowhood versus divorce, I knew a woman who was involved in a long, drawn-out proceeding as she was terminating her marriage. Her husband died before the legalities were over, and she suddenly became the “widow” rather than the divorcee. She quickly began to receive remarkably different responses – far kinder and less judgmental.

Every Dating Situation Is Different

The bottom line: There are bumps in any dating situation, and potentially, long-term wounds that require years to heal. This may be true for the adults as well as children.

So whether you’re dating a man who was widowed or divorced, look for signs of a healthy individual who is able to listen effectively, articulate clearly, and express his or her feelings. Look for someone who shares your values. Look for someone who is responsible and caring when it comes to his kids – at least as focused on their path to “normalcy” as he is on his own.