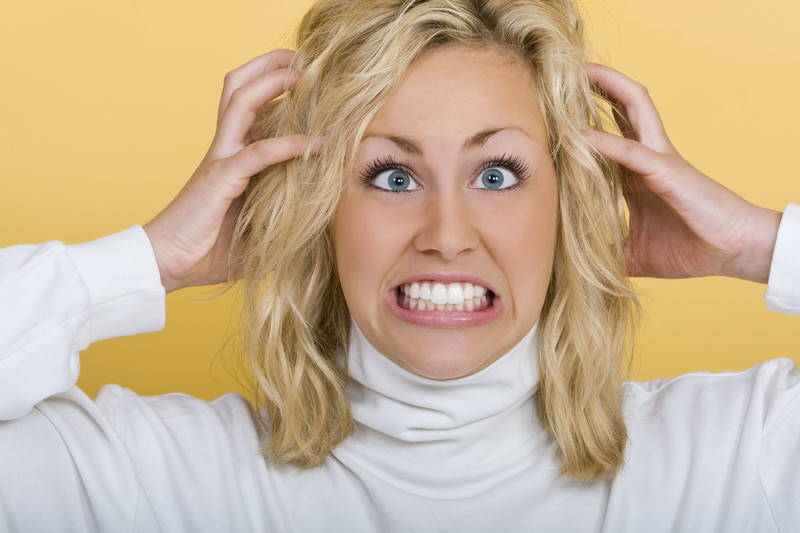 When I was a little girl, about 6 or 7 years old, some neighborhood kids and I were playing hide and seek. One of the kids said, my good friend, Sammy was hiding in his locked garage.

The garage door had narrow rectangular windows near the top. I tried to hop up and see inside, but I was too little.

I found a rake laying on the lawn and used the long wooden handle to tap on the window. “You better come out of there Sammy!!… YOU’RE NOT PLAYING FAIR!!!” I said loudly enough so he

could hear me. But he kept quiet. He ignored me and didn’t say a word.

So I tapped harder on the window and that’s when it happened. The window broke. Fearing I was going to get in trouble, I dropped the rake… ran home, and hid under my bed. Within minutes Sammy was at my house telling my father I broke their window. My father was furious and when he was mad the earth shook. I heard him bellowing my name as he stomped up the stairs. I remember being terrified.

“Get out from under that bed!! Before I drag you out!!!”, he yelled. I was frozen in fear as he reached for my little arm with his Herculean strength and pulled me out. My legs were trembling

as he shook me and roared; I was to march myself right over to Sammy’s house, apologize to his parents and promise to do chores to pay for the repairs.

I’ll never forget how scared I was to face Sammy’s parents. I was crying so hard I actually dry heaved throughout my entire apology and promise to work toward the cost of repairs. But I did it.

with the same values. Unfortunately, my ex did not share those values and I learned that all too well during and after our divorce. Throughout our 23 years of marriage, there were countless indications he was not a man of his word. He rarely kept a promise and when you would try to hold him accountable he would somehow blame you, someone, or something for the reason why he didn’t keep his word.

He also had a talent for taking a grain of truth and spinning an entirely inaccurate reality around a “reality” which always served his own purpose. And then there were endless times he would just outright lie. Turns out many times, I believed his lies.

He could lie right to your face and you’d believe him. I remember the exact moment I became aware of this phenomenon. We’d been fighting over Thanksgiving plates (during a divorce the

I treasured them and he knew it. In the mess of separating “His Stuff” & “My Stuff” they’d gotten lost. One day I was helping our oldest gather their things from my ex’s house and noticed the plates stacked neatly on his dining room table. Clear as day!

So, the next time I was face to face with my ex… I reminded him that I would like to get my beloved Thanksgiving plates back. He innocently declared he had no idea what happened to them. Without a flinch, he went on and on about, how if he ever came across them… he would definitely give them to me.

I watched his face, he looked so calm, caring, and truthful… I almost believed every word he was saying. And then I told him, I saw them on his dining room table. Slowly a dark shadow came over him as he narrowed his eyes and spewed the vow, that he’d never give them back to me… HE had them now. They were HIS.

I seriously almost threw up. It was the first time I had caught him red-handed in a lie… you see, part of his skill was never to get caught. I actually saw the father of my children expose the sick

sonofabitch he was and we both knew it. At that moment, I saw a glimpse of the monster I’d be facing for years. Ice ran through his veins and I shuddered from the chill.

When you, unfortunately, experience divorce with someone like this… I am sorry to say… but… as Whoopi Goldberg told Demi Moore in “Ghost”…

So, buckle your seatbelt because you’re in for one miserable ride!! You just can’t sugarcoat these things. It’s kind of like childbirth… some people have an easy time, others barely make it out alive.

So what advice can I give you, having personally survived a category 5 divorce… ADJUST YOUR EXPECTATIONS! Chances are you’re not gonna beat this guy, the best you can do is endure their wrath and walk away with your head held high.

Okay, I’ll admit some people fight back. Hard! They get a shrewd lawyer and fight like hell….that wasn’t my style…I put my faith in goodness and kindness and that The Truth Would Prevail. How’d that work out for me???

Which path would I recommend…???

That depends… cause you lose something either way.

It was more important to me to maintain my values and my faith… for example… I could’ve put my kids on the stand to dispute his lies, but he knew I’d never do that. I’d never stoop to his level. So, he was held to no accountability in court… The judges simply believed every lie he told them.

He said (aka – lied through his pearly white grin, captivating our female family court judges with his charming charisma). She said (aka – overreacting to the blatant lies he had the nerve to spew UNDER OATH!!) Turns out this dynamic never ends well and definitely not fairly. I hate to disillusion you, but in our broken family court system… the truth does not prevail.

But, if you’re willing to play as dirty as they do.

Or willing to pay for lengthy court battles and exorbitant lawyer fees… then there’s a chance some of the court decisions may lean in your favor. You just have to ask yourself if it’s worth the price you pay financially or morally.

I’ve heard the stories of women spending every cent they had defending themselves against their manipulative narcissistic ex who was hellbent on destroying them. These ongoing court battles are a game to these sick individuals and the broken family court system is their playground… it’s a thrilling spectacle they’re literally addicted to.

Our oldest, about 27 at the time, actually asked my ex to stop suing me… to please move on and finally let me go after almost a decade of dragging me through courts. My ex said, He. Couldn’t. Stop

There were so many times I had to make the decision to either stoop to his level or risk the court decision ruling in his favor… in the end, I walked away with my values intact and my head held high. Which I believe was the more important win!

Sometimes we are tested, not to show our weaknesses, but to uncover our strengths. In the end, the decision is ultimately up to you.