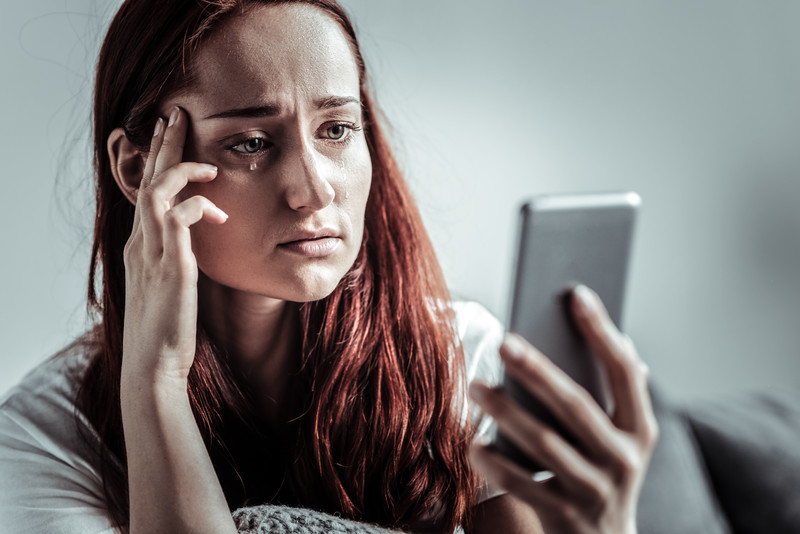 We’ve all been there. You pour a glass of wine after a long day at work, and all you want to do is some mindless scrolling on social media to give yourself a mental break.

But the exact opposite happens. The first thing on your newsreel is a picture of flowers that your high school acquaintance Janine–the annoying cheerleader who married her school sweetheart–is bragging about. The flowers are beautiful, and she’s put the caption, “30 years strong, married to my best friend” or some corny BS like that.

And just like that, your quick distraction has made you feel lonely because you are divorced and single. It makes you feel angry. Jealous. And now you’re frustrated because you’re wondering why everybody has somebody but you.

But not all hope is lost. When you start feeling lonely and left out, especially after divorce, there are three simple things you can do to get your mindset back on track that will pull you out of that social media divorce loneliness pit.

Mute or unfollow the people whose posts make you feel bad.

It’s as simple as that. If there are a handful of women on your timeline that constantly post those annoying posts that are like “I’m joining the ‘I love my husband’ challenge” or #myhusbandismylife or #luckiestwifeintheworld—simply mute or unfollow her.

No, you don’t have to block her if you don’t want to. But if her stuff is constantly popping up on your newsreel, and you’re at the point that you’d rather see your cousin Redneck Randy’s eighth conspiracy post about it was actually the Illuminati who stormed the US Capitol, then you *know* it’s time to unfollow Janine.

If you can’t mute because you’re addicted, then become an anthropologist.

Hey, I get it. Sometimes it’s impossible to mute because it’s like you’re addicted to seeing the posts that make you feel bad. When you’re divorced and home alone and desperate to feel something, even if that something makes you feel terrible, it can be hard to unfollow someone. Because that resentment or regret at least makes you feel alive. I’m not saying that’s healthy, but when you’re lonely and drawn into the social media drug, it can be hard to shake. Especially with COVID still going on and we’re stuck at home.

So if you choose not to unfollow that person but you’re tired of how lonely their posts make you feel, become an anthropologist instead. When you’re feeling triggered and jealous, start asking yourself the following questions:

When you remove your own feelings and triggers from a social media post that makes you feel lonely after divorce, and you’re able to look at it from a more objective point of you, you’ll start to realize that:

1) It’s not about you and your divorce  and that Janine isn’t trying to rub it in anybody’s face;

2) Everybody is just trying to do the best they can and;

3) That the people who seem to brag are probably feeling as lonely as you, even if they’re not divorced, but they’re just expressing it differently.

If all else fails, set a time limit. Then go do something else.

If you have muted or unfollowed that person but still feel drawn to go back and read their posts, that’s normal, and I’m not here to judge you for it.

But what’s not going to help you is spending hours at a time looking at those posts–especially on the weekends and evenings when you feel the loneliest.

So if you can’t stop reading those posts, at least set a timer on your phone, and make a pledge to yourself that you’re only going to hate-scroll for 15 minutes. And once the buzzer rings after 15 minutes, your time is up. No more hate-scrolling. No more judging yourself because nobody sent you flowers. No more feeling sorry for yourself because you’re currently single, and no more resentment of others who are posting things that are making you feel bad. Because they have nothing to do with you.

And for some more advanced stuff, set the social media timer on your phone. That way, you’ll have a limit of how much time you can spend going into the rabbit hole of high school friends’ flower pictures. And once the time is up, don’t ignore it and over-ride the warning. Put your damn phone down and go do something joyful or productive. Like finding a new recipe to try. Or starting to plan your first trip after COVID. Or literally, any other thing that isn’t going to make you feel bad.

While navigating social media can feel like a minefield when you’re divorced and feeling lonely, these proactive steps can help lift some of that burden off you so you can focus on putting yourself first.