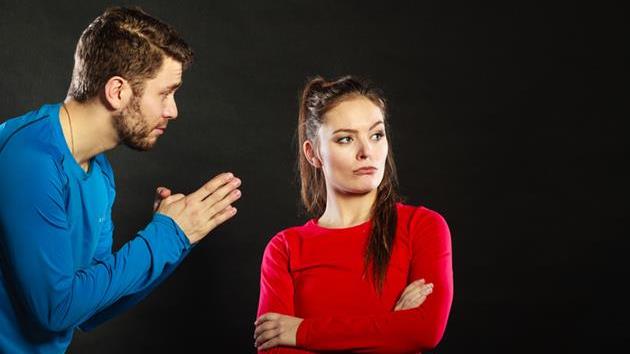 You told me once that I was pretty

Told me thrice that I was not

I never did enough to keep the weight down

It was all my fault

You slept with her when I was falling

Felt depression up my spine

Made me believe that I was lucky

You were willing to stay mine

You came home late, a smile, a Cheshire cat

With liquor in your eyes

A needed step for all the nagging

That I brought into our lives

Remember when you shoved me into walls?

I pushed you too hard to achieve

And thus abuse was justified

And there I cried, made you feel guilty

How dare I express how I felt?

I should have thought of you, that’s my mistake

Another error notch in my belt

And so you said, you said a lot

Except you pushed it all on me

I was the reason for our dull sex life

I broke the mold by having feelings

You broke my heart by always telling me

I wanted way too much

I don’t cater to your pain

I don’t abide your sunken ego

Nor make rainbows from your rain

Until your face is blue

Manipulation, I no longer know

Cause it’s not me, it’s you

I got the inspiration for this poem from the title of a Lily Allen album, ‘It’s Not Me, It’s You.’ There are so many truths to this phrase and I immediately thought about them from the perspectives of clients past. Men and women that had been in abusive, sexless, passionless relationships and were put on notice by their partner for being the root of it all.

It takes a special kind of evil to convince someone that they are the reason for any dark in the world. I learned this very early into my relationship coaching experience. But do you know what else I learned? There is a light that never goes out in the hearts of some. They will take it on the chin until they realize that the one throwing the punches is really the weaker link. They eventually learn that when bullies bully, they do so because they are missing something and they want to prey on others until they find it.

Miranda was no longer going to be preyed on by Todd. For four years, he convinced her that their money problems stemmed from her insistence on getting her hair and nails done. The reality was that her quarterly splurge at the salon was one-fifth the cost of his monthly bourbon, cigar, and billiards nights. But despite the easy math involved, Miranda was so spent from the verbal lashings, she had no mental energy to put it all together. That was until Todd had to take an extended work trip and Miranda found herself with a lot of time to think. She left him two weeks and two one-sided arguments after he returned.

Kim was trying to lose weight, she really was. She switched to organic only food and thus their grocery bill went up by about $250 a month. She would go to the gym for an hour every night which meant Alan was watching the children and could no longer hit Happy Hour every day after work. After three years of infrequent sex and unflattering barbs, she had finally decided to change her lifestyle. Unfortunately, Alan was now pinning his increase in stress squarely on her shoulders since his decrease in happy hours was directly aligned to her. In other words, Kim could not win for losing. Until she walked out the door that is, 35 pounds lighter to boot.

For Kim, Miranda and everyone in this position, say it with me: It’s not me, it’s you. Or it least it was when I was with you.