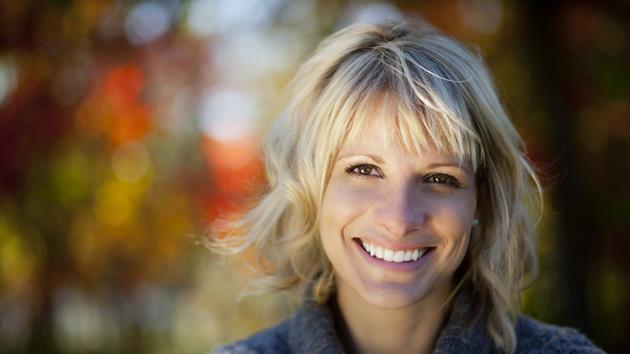 So off he went in his midlife crisis fog, to chase sunsets with his new imaginary soul mate, and there I was, with three kids, a job, my self-confidence in tatters and not a clue of how to move my life forward.

When I saw the text, the three words which I thought would destroy the rest of my life, I quickly scanned all the possibilities that I might be misinterpreting, misunderstanding, blowing out of proportion what was before my very eyes. We were on a much-anticipated family vacation and that had always been a big deal for all of us. His ominous words at the Airport, “I wish I wasn’t coming, I have so much going on” should have rung alarm bells but they didn’t.

Nothing would destroy or even dent the image of the perfect family I had worked so hard at creating over the years. Then, reality hit like a ton of bricks, and no amount of self-delusion could salvage the myth of a perfect marriage I’d kept alive for far too long.

For two years, I had quietly accepted his silences, putting them down to exhaustion, the commendable hard work of a man who lives and breathes his family. The lack of intimacy down to consideration towards my own tiredness. The casual interaction, almost non-existent affection and blatant disinterest in me an inevitable part of the package I had signed up to all those years ago. The annihilation of myself in exchange for his happiness. I must confess, there were times where I looked in the mirror and saw a stranger, a lost soul, but soldiered on in the name of the greater good, the family unit.

Little did I know that that marriage only existed in my head, whilst he had mentally already checked out and was only waiting for the opportunity to do it properly. And irreversibly.

The opportunity came in the shape of a coworker which perfectly filled the ‘exit affair partner’ shoes. Young and pretty enough to massage his fragile ego, battered as it was by the harsh winds of a mid life crisis, yet stupid and naive enough to buy his story of mistreated, abused husband.

So off he went, to chase sunsets with his new imaginary soul mate, and there I was, with three kids, a job, my self-confidence in tatters and not a clue of how to move my life forward. It soon became clear to me that, having lost myself in the marriage, the necessary first step was to try and retrieve any remnants of the person I once was. That took the most effort, but it also paid off in the most unexpected way. Once I scratched off all those layers of gray, numb self-denial, I found a steely core which I honestly didn’t know was there in the first place.

I was strong and I could take on the world.

I could look after my children, work and also be the woman I deserved to be. Make no mistake, this didn’t happen overnight: I was hurt and I was bruised and I craved karma and retribution the way we betrayed women do, to make us feel better. Until the day my counselor put it in perspective for me, “hate is not the opposite of love, indifference is. Hate is angry love.” I knew then that being the bitter and twisted ex-wife wasn’t the course I wanted to take.

I knew I couldn’t forget but I needed to forgive if I was to move forward. And forgive I did. Eighteen months later, I am the happiest I have ever been. If I have to pinpoint my single greatest achievement, that has to be knowing and largely accepting myself. Self-awareness. All the other conquests, victories, improvements, and there have been a few, simply spun out of that.

So, from this advantage point…the other side of his midlife crisis, I am lucky to find myself in right now, these are the tips I would like to share with you, especially if you are just embarking on the path of divorce and struggling to believe that there is life after that.

1. Anger and resentment are double sided weapons. Whilst unavoidable, especially after infidelity, anger, and resentment need to be used with caution, because, ultimately, they hurt you more than they do the other person. Someone once told me that living well is the best revenge and how true that has proved to be!

2. Channel your sadness and devastation into something constructive. Something which might ultimately become a new way of life. Let’s face it, when we are are mourning the end of a marriage, we could all do with a distraction, be it taking that trip we have always dreamed of, writing that article that has for so long been bubbling in our head, enrolling on that course we weren’t quite brave enough to take before. Beyond the devastation, lies a unique opportunity to be what you have always wanted to be. You have exactly nothing to lose. So do it. It’s truly a case of now or never.

3. Focus on you. Prostrating yourself to another person hasn’t exactly granted you a happy ending has it? Re-acquaint yourself with….yourself, with all the things that make you happy, and eradicate that guilt that has so far stopped you from doing what you truly want. If you think that looking after yourself means neglecting your children, think again: they can only benefit from a happy and fulfilled mum. My own daughter once told me, in response to my question of why she was looking so sad: ‘I am sad to see you, sad mum’.

4. Forgive but not forget. If you have been betrayed by your partner, you have a choice to make: you can opt for a life of resentment, sadness, low self-esteem, or you can choose to move forward, past all the negativity, to become an all around better, more compassionate and self-aware human being. But do not forget because remembering will help you establish clear boundaries in all future relationships. And increase their chances of success.

5. It is your time to shine. It might not seem like it right now, but this is your best chance to take center stage. You will discover inner resources you never knew you had and will want to use them to your advantage. Survival will soon become a quest to better yourself and your life. Let me give you an example. Before the divorce, I avoided conflict at all costs, which meant that I was often taken advantage of in the work place. Nowadays if I am unhappy with the status quo, I speak up. I have gained the courage of my own opinions. And that breeds respect, I can tell you. Divorce (and infidelity) imparts a sense of justice that will become ingrained in you and that you will want to defend and promote at all costs.

6. Live in the present. Whilst the future as a divorcee, especially if there are kids involved, might appear daunting, it doesn’t need to be. Build new foundations now and everything else will follow. Worrying about the future will deplete precious energies that you need to make your life better NOW. Stop obsessing over how the future you thought was within your grasp was snatched away from you. There are many alternative endings to your story and it is down to you to find the best possible one.