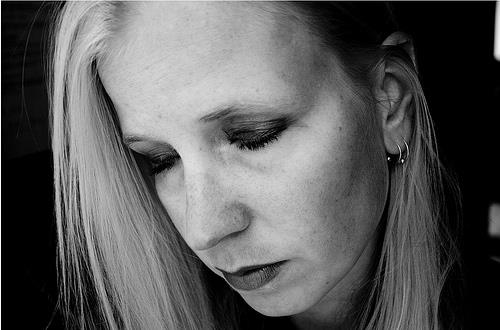 It was seven years ago today that I drove the greatest love of my life home for the last time.

Following a string of unfulfilling relationships, I had finally entered into a relationship that I was ecstatic about. She was everything that I had ever wanted and more. Which made it all the more painful when she broke up with me in a way that emotionally devastated me.

All of the things that I had slowly grown to love about myself through 20 years of living were now being listed off as all of the traits that she found repulsive.

Your sensitivity? “Disgusting.” Thoughtfulness? “Get a backbone.” Kind heartedness? “Sometimes I think you might be gay.”

My mind and heart went into shock as I received the barrage of character attacks that would deeply affect me for years.

And in that moment, I thought something to myself that would hold me back from having an emotional attachment to any other person for the following several years… “I will never let anyone have this kind of power over me ever again.”

How Shame Held Me Back From Loving

My girlfriend and I dated for just over a year. Which was long enough for me to deeply open up my heart and my life to her. When she told me that she found integral parts of my personality to be repulsive, I recoiled as hard as anyone could. I shut off emotionally from women. I shut off to my closest friends. And I shut off to feeling my emotions in any context. In a destructive act of self-preservation, I closed my heart off to the world.

Being told that I, at my core, was unworthy of being loved was the catalyst for some of the deepest pain, and greatest growth that I had ever imagined for myself.

In the relationships I engaged with after the break up, I dated women who I knew wouldn’t make me feel anything. I was a heat seeking missile for emotionally closed off women who wouldn’t encourage me to feel my emotions. I was an emotionally cold person, attracting equally cold partners.

I feared letting people see me, and as soon as anyone would even hint that they were trying to get me to feel something, I would distance myself from them.

At my very core I felt unworthy as a potential romantic partner. I felt flawed. I felt like I wasn’t good enough. So (my mind told me) if anyone wanted emotional intimacy with me, I might as well sabotage the relationship as quickly as possible so as to not poison their lives.

How I Started To Work Through My Shame

When I first started talking to my friends about what had happened, their well-intentioned advice fell a bit flat.

“You’re a great guy! She was probably just intimidated by you and that was the only way she could think to get out.”

“Who cares if you’re a bit sensitive? I know tons of women who would love that trait in a guy!”

“You just need to find the right girl for you and then jump in with both feet.”

And while the idea of jumping in with both feet was a sexy concept, it was something that felt entirely impossible. Because what my friends might as well have said was “Hey, you know those emotions you’ve been terrified to even feel 1% of? You should just feel 100% of them all at once! It’ll be good for you!”

The Two Ways To Work Through Any Emotional Trauma

When PTSD sufferers are working through gaining control of their fear, they either confront all of their trauma stressors/memories all at once and work through their emotions (known as ‘flooding’, and is relatively more rare in practice) or they are exposed to small, and slowly increasing amounts of the stimulus that reminds them of the trauma (systematic desensitization) while becoming comfortable with the partial stressor at each stage. Think of the two methods like diving into the deep end and learning to swim, versus slowly walking into a pool that gradually gets deeper the further you walk into it.

At this point in my life, laying my head on a woman’s chest in a nurturing position made my heart pound. I resented my friends asking if I was okay. Being asked a personal question would make me want to not see my girlfriend for several days in order to put distance between us.

This wasn’t a mild case. Systematic desensitization was my only hope.

What I Learned Through Working Through Shame

As much as we want the silver bullet, one-size-fits-all solution, life almost never works like that.

For me, learning to love after shame wasn’t a ‘throw caution to the wind’ kind of scenario, but a slow, moment to moment process of learning to breathe into the anxiety of loving and being loved.

I surrounded myself with loving and supportive friends and intimate partners, and I prioritized time around people who encouraged the full spectrum of who I was.

Learning to love myself – every last bit of myself – while also allowing others to do the same was one of the greatest challenges that I ever faced. But in my opinion, nothing has ever been more important in my life’s journey.

If I had to boil my journey down to three simple takeaways, it would be these:

A bird sitting on a tree branch isn’t in an anxious state because it knows that, even if the tree branch breaks underneath it, it will still be able to fly.

If you love yourself, and are deeply proud of the person that you are, then someone else’s words will only have a temporary effect on your self-esteem at the most.

“The truth is, everyone is going to hurt you. You just got to find the ones worth suffering for.” – Bob Marley

The loss of the people you love is inevitable. At some point in your life, every relationship you have is going to end. But that’s the beautiful thing about human interaction and emotional intimacy. You can either resent the temporary nature of the world, or you can embrace the full spectrum of the emotions that you are fortunate enough to be able to feel and cherish everyone in your life as they are today.

All of the strides that I have made in dealing with my feelings of shame and low self-worth have been in the form of little baby steps.

It wasn’t a heroic declaration of defiance. It wasn’t a single-moment shrugging off of my weighty shackles. It was a collection of tiny moments of bravery where I chose to do the tougher thing. I decided to go on the date when I wanted to stay home… or tell my partner what I was thinking even if it meant she would have something to judge or reject.

While some people may be able to learn to stand in their power and shrug off shame for good in one fell swoop, it takes most people countless instances of courage to overcome their fears.

There’s no shame in taking it slowly. There’s no rush. And if you’re reading these words, then you’re likely already well on your way to emotional recovery and I commend you from the bottom of my heart.

It’s a tough journey, but it’s one that is well worth it.