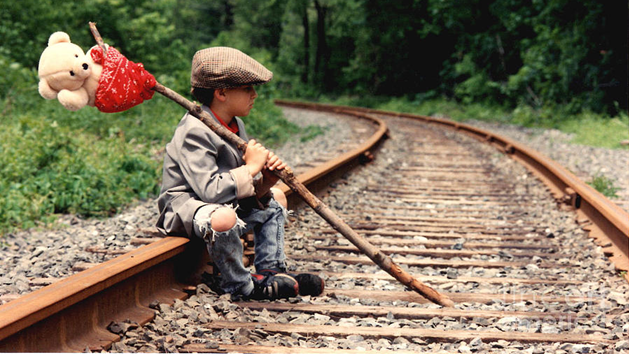 Many of my divorced clients ask me if they should allow their children to pick their residence. This is a special concern if it means splitting up children.

It’s not uncommon for adolescents to become unhappy with their schedule, and they are more likely than younger children to express their preferences about changing it. Parents are often blindsided by these requests and should proceed with caution.

At times, children may threaten a parent with moving to the other house if they don’t get their way. Blake, age thirteen, shouts; “No one appreciates me. I’m out of here.” However, if a child or adolescent requests a change in their residence, he/she is often unaware that it could impact their relationship with their sibling (s) if they are split up. Some experts agree that siblings can be a support to each other during times of turmoil. Life in a divorced or remarried family can be easier when children have a buddy to navigate changes with.

Splitting up children and letting them choose their residence can also create loyalty conflicts for children because divorce often means a fundamental reshaping of alliances. Dr. Joshua Coleman writes: “Divorce may introduce new adults into children’s lives – adults who can cause the child to feel disloyal to the parent who’s not there; adults who may compete for the love, attention, and resources from the parent who is; adults who generally have less investment in the child’s well-being than the biological parent.”

In divorced and remarried families, there are often a lot of problems and rivalries that may prompt a child to feel loyalty conflicts. As a parent, it’s crucial that you protect your child from being burdened with the anguish of being stuck in the middle between two hostile parents or choosing sides. For instance, children may feel disloyal to their biological parent when a stepparent comes on the scene. They may even feel so frustrated or angry that try to avoid or blame the parent who remarriages. When this happens, it can cause turmoil and even estrangement if the feelings are not processed and dealt with.

Generally, custody and residency decisions are better left up to parents. But at times, parents may consult their children or be swayed by them when they voice preferences. Often age twelve is considered to be the age when the opinion of the child is given more weight by courts. However, the maturity of the child and the unique needs of family members can impact this factor.

5 guidelines to help parents dealing with a child’s request to change their residence:

Overall, parents are wise to communicate in a clear way with each other and deliver a consistent message when their child or adolescent voices a preference to change their living arrangement. Divorce expert, Gary Direnfeld, MSW, RSW writes: “Parents are always cautioned against involving their children in custody, residency, or access decisions.”

Matthew, age ten, had been living with his mother full-time and spending every other weekend with his father since his parents’ split when he was four years old. Suddenly, his mom, Jennifer, announced she was marrying her long-term boyfriend – sending Matthew into a tailspin. He became so distressed about this news that he began visiting his dad’s house more often. Jennifer reported that she was in shock when Matthew asked to move in with his dad full-time and dead-set against it.

Fortunately, Jennifer and her ex-husband Tim agreed to seek out professional advice because they could not agree on Matthew’s request. In the end, they came to a consensus that they were both comfortable with. While not all divorced couples are civil enough to attend counseling, Jennifer and Tim had a strong commitment to co-parenting and had developed a friendly, businesslike relationship.

Ultimately, Tim and Jennifer agreed that it would be in Matthew’s best interest to have him spend more time with his father and they came up with a shared custody arrangement that allowed Matthew to spend close to equal time with both families. They were concerned about splitting up Matthew and his eight year old sister Kara and they both felt that Matthew was too immature to make this decision on his own. When Matthew’s parents told him of their decision, he was initially resistant, but he later agreed to try this new parenting plan for a six month period.

Another common scenario that arises in co-parenting situations is when an adolescent is sharing close to equal time with both parents and requests a change because he/she has a falling out with one parent or a stepparent. Or in some cases, they may want to live closer to their friends or school.

Teresa, age fifteen, had been spending three overnights a week with her father and stepmother for several years. Suddenly, after a disagreement with her stepmother, she called her mother and requested to move in full-time. While Teresa’s mom, Claire, was initially flattered, she had the common sense to talk to Teresa’s dad first and they agreed that giving her more control over her schedule was a good idea, due to her age. However, they decided that she would still spend one overnight a week at her father’s house and share at least one evening meal with her dad, stepmother, and three year old stepsister so that they could stay connected.

Parents are wise to consider the issue of changing their child’s residence and splitting up their children cautiously. While parents may decide to consult with their children, ultimately, they should be the ones to determine what’s in his/her best interest. By doing this, parents maintain their authority and control while still showing encouragement and support to their child. Consulting a counselor or mediator can be highly beneficial if families are having difficulties resolving these matters among themselves.

FAQs About Children Who Want To Live With The Other Parent:

Can adolescents become unhappy with their visiting schedules?

Adolescents become unhappy with their visiting schedules and at times threaten their parents with moving to the other parents house to have what they want. Adolescents show more independence in their behavior at a time when they are going through rapid physical and deep emotional changes.

Do children suffer if they opt to live with the other parent?

A child insisting upon living with the other parent is often cut off from the rest of the siblings—when his wish comes true. The child doesn’t immediately realize that his relationship with other siblings will be weakened, and takes years to repair. Besides, such children are often found torn between parents.

Can remarriage cause my kids to feel bad?

Remarriage can complete your relationship with your kids when you remarry, especially soon after divorce. Your children may begin to avoid you and blame you for how your marriage ended. This is a tricky situation for a parent, who risks losing his or her relationship with children if their feelings are not processed. Parents should avoid taking steps that make children take sides, especially after divorce.

How do I stop my kid from meeting the other parent?

You should not stop your kid from meeting the other parent; your effort should be to encourage a relationship with your kid and the other parent. Children require both parents in their lives to lead a healthy life.

Should I let my kids decide who to live with after divorce?

Parents should avoid leaving custody and residency decisions up to children because these are often driven by emotions rather than any rationale. However, parents do let kids decide who to live with after divorce. Courts will give some weight to the opinion of children over age 12 while deciding custody matters. But the court will examine the maturity of the child and the peculiar needs of a family before finalizing it.

What should I do If my kid wants to live with the other parent?

You will have to ask yourself serious questions when your kid wants to live with the other parent. Will your child be splitting up from other siblings? Is he mature enough to live with the other parent with all his or her engagements? If your child fits the criteria, you should consult your ex to make a final decision in this regard. You can approach a counselor or a mediator to help you arrive at a decision if you and your ex do not reach an agreement.

Should I involve my kids when changing their living arrangements?

Parents are always cautioned against involving their children in custody, residency or access decisions, says Gary Direnfeld, a divorce expert.

Divided Loyalties: the Unintended Plight of Children of Divorce

Building Resiliency in Children After Divorce