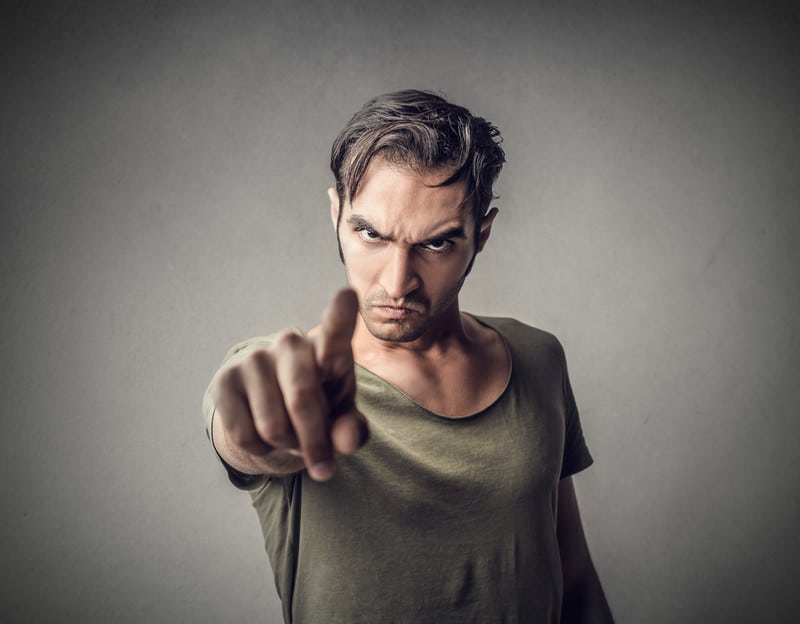 Child support, the bane of some non-custodial parents’ existence, is ordered for children to equalize the standard of living if there is a great financial divide between households. For the father of my child, it was a tool for harassment, a bullying card if you will until I agreed to impute my own income.

He threatened to take me to court because I wanted to use the calculation worksheet using actual income figures. I am in a fortunate situation where I can still provide the necessities and more for my child at this point. So even though his income is four times greater than mine, I agreed to a reduced child support — to avoid court and the stress that brings and to take away the power play he has wielded for the past 11 years.

In other words, I agreed to reduced child support to avoid his continual attempts to manipulate.

Child support is for the child’s expenses and considered the right of the child. He preferred to pay a lawyer thousands of dollars to find unscrupulous ways to reduce it. It always baffles me when fathers would rather pay to support their lawyer’s children than their own. I liken it stealing from his own flesh and blood.

His lawyer told me he wanted to deduct from her child support the gas money it cost him to drive the 15 miles to start his parenting time. He took it off the table when I told him it was ridiculous and I agreed to impute my income.

I have no clue from what depths a person’s mind must sink to come up with that kind of deduction. I am not a psychologist and make no claims to be able to evaluate someone’s mental health, but when I read an article about covert narcissists, I thought of him.

We started the parenting journey together in an unconventional way — I posted an ad on Craigslist looking for a sperm donor and was open to co-parenting. Before my daughter was born, we spent about a year getting to know each other to make sure we could get along, had similar values and ideas about how to raise a child and quite frankly figure out if the other was crazy. You never know on Craigslist. There are plenty of horror stories and no one wants a horror story to also be a lifelong commitment.

He apologized and although my intuition screamed RED FLAG, I forgave him. That was a “fool me once” I should have taken more seriously.

When my daughter was around six months old, I decided to go back to work part-time. I then received this email from him:

“You are being paid a substantial amount of money above the Support Guidelines to be her full-time caregiver. Until our permanent orders are approved or there is a change in our temporary orders, you must continue to provide her full-time care during your parenting hours.”

They may just be words but within them contain the essence of how he viewed me — as a vessel to house a fetus and then as a paid caregiver once she was born. If she had been born around the time The Handmaid’s Tale came out I’m sure he would have given me a red dress and white bonnet.

Yes, he supported my daughter with child support he had willingly agreed upon before I gave birth, but it was not enough to cover everything — rent, utilities, food, her expenses, and my personal expenses. It was time to go back to work at least part-time to help make ends meet. But in his mind, the child support — money used to equalize the standard of living in households (he made over $100k per year) — was a salary he paid me as if I were his employee.

Our initial arrangement was for me to live in his house for a year so I could be a stay at home mom and then move out and go back to work. We thought this was in the best interest of our child and I was grateful for this arrangement. Unfortunately, it lasted only six weeks. Living with him was unbearable — without an income, he gave me money for necessities but he required an itemized list of expenses.

When my mom came to visit for the birth and stayed with us, he chastised me for allowing her to sleep in the room with me. When he was home one day I asked if he could “watch” our baby so I could spend some time out with a friend (I was with her all week) and he not only screamed at me but the next morning before leaving for work slammed all the doors in the house to wake up me (and the baby).

The list goes on and so I found an apartment not too far away and in a sense, escaped.

Because I moved out of the city he lived in (about 11 miles away), parenting became “inconvenient” for him. Although he worked out of state all week, he wanted both her daycare and pediatrician to be within his city limits.

In court, the judge asked him if he was willing to pick up our child from daycare on Fridays after he returned home from work to start his parenting time. He replied, “No”. The judge told him, “Then I guess you won’t see your child” and he was forced to concede her daycare and pediatrician would be close to where I live as the custodial parent.

To punish me for his “inconvenience”, he threatened to reduce child support every few years. When he found out I paid a babysitter to go out once a week, he bullied. When I refused to pick her up on Sundays at 3 pm instead of the court ordered 6 pm (he only took her 1 night per week), he bullied.

He didn’t only bully with money. When she was about two months old, he smugly told me he was going to have her baptized (he told me he had no interest in religion before she was born) even though we previously agreed she would be raised Jewish and I was planning her Jewish baby naming ceremony.

Being a single mother to a baby or toddler is chaotic on its own.

He added to the chaos by agreeing to something and then changing his mind just before the twelfth hour. I often felt like I was drowning in an ocean with my baby in one hand and my other holding onto a raft for dear life while he was standing on the raft squishing my fingers so they would release. I didn’t know if he would let us both drown or try to save her as I sunk to the bottom.

When we had joint decision making on her daycare in our temporary order and I was going back to work, he would agree to a provider and then rescind. A couple of times when I knew he’d be in town instead of working out of state, I offered him to take her an extra night.

Each time he would email me how he works hard all week and I lack understanding for his need to relax. Instead of viewing an extra night with his child as a gift, he saw it as a potential favor to me.

His game of retaliation usually began with chaos, followed by a threat involving money. My income, never again at the level I made in New Jersey where I’m originally from, was too low to compensate for the rising housing and food costs in my area. Unfortunately, until recently, I was dependent on some extra support.

I take responsibility for posting the ad on Craigslist and can only caution other women from agreeing to a co-parenting arrangement with a sperm donor. Parenting is hard enough with two adults in a relationship who love each other. We walked into a minefield, both of us naïve to the realities of who the other person is. I honestly have no idea the breadth of his need for control, but I know he used his money and our daughter to push it to the limit.

For some, an alternative arrangement like ours might work out fine. However, I advocate the traditional way — go to a sperm bank and use an anonymous donor. You don’t know the complexity of someone’s psychology if they only show what is on the surface. What triggers them, how they respond, any longstanding psychological or personality disorders they have — you’ll never see until a child enters the picture. If you plan on becoming a single mother by choice, do it with the one person you know the best — yourself.