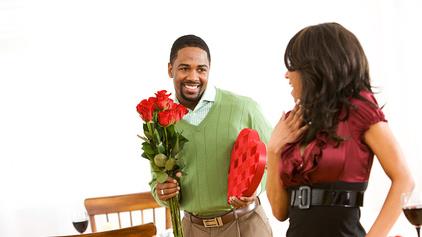 Can you win your ex back? Sure. Anything is possible. Let’s just start by noting that. But to fully answer the question, let’s start asking some questions first. Such as…

People who leave have their reasons for doing so and, once they leave, coming back puts a big dent on their ego and pride. They will have their views on who was right or wrong. And if they feel they were in the right then, more often than not, they will need the other person to put themselves out there and seek reconciliation.

Why do you want to win your ex back?

Her are potential answers:

Positive: I absolutely love them. I do feel as though I was in the wrong. Their positives far outweigh their negatives. I strongly believe the relationship, if reconciled, could be on strong and equal footing. I believe in their heart of hearts, they want to reconcile.

Negative: I don’t absolutely love them. I don’t feel as though I was in the wrong. I can’t truly say their positives outweigh their negatives. I don’t know that the relationship could be strong and equal if we tried again. I’m not so sure they want to come back.

1. If you did nothing wrong and they left, why do you want to win them back? This isn’t to say it’s bad to want reconciliation but winning someone back means you’re chasing, wooing or other like adjectives. You did nothing wrong and they left. If they want to come back they can chase, woo or win you! Even in cases where you may have been in the wrong, chasing someone down with apologies and promises is a one-sided chase. There must be some interaction and commitment to explore from them as well!

2. If you don’t absolutely love them, again, why do you want to win them back?

3. Although them leaving may have saddened you, if you can’t emphatically state that their positives far outweighed their negatives, I will be a parrot and ask, again, why do you want to win them back?

4. Two people getting back together and the relationship being on strong and equal footing don’t always gel. If you’re not convinced it will, why do you want to win them back? Again, it’s not bad to want reconciliation but if they left and you’re wooing and chasing, having a strong and equal relationship can be difficult.

5. If you’re wooing and chasing them and they left, there’s already something wrong here. It’s even worse if you’re not convinced, in your heart of hearts, that they want to be back in a relationship with you.

I leave you with three parting thoughts:

1. You must teach people how to treat you. Chasing someone who left you is teaching them that you’re desperate (do anything to win them) or dense (“I told you I was done. What don’t you get?”). It also tells them that if there is reconciliation, they will be firmly in control given aforementioned desperation.

2. You must love yourself first. This is an oldie and goodie in the relationship coaching and counseling world and is really at the heart of the matter here. If you ask how you can win back someone that left you, you must really ask yourself whether you lack the confidence to find someone else or to expect they who left to come and woo you! Be confident. Know that you’re better than a one-sided chase. And act accordingly.

3. You don’t want to win someone. They’re not a possession. Nor are you. You may want to reconcile with someone and if they want to as well, it will happen. But the want on both sides is paramount to this discussion. Otherwise, if the reconciliation occurs but the chasing and wooing was one-sided, the relationship is doomed to be as well.