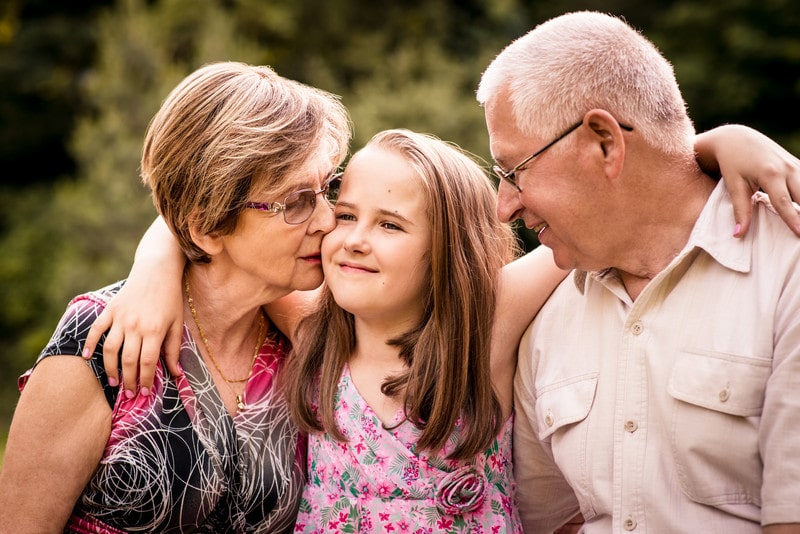 Is It Your Job To Promote a Relationship Between The Children And Ex Inlaws?

Unfortunately, there is no easy answer to this question.

It depends on so many variables:

How old are the kids?

What was your (& the kids) relationship like with the in-laws before the divorce?

How have your ex-in-laws treated you after the divorce?

Was the divorce amicable or high conflict?

Is your ex reasonable or do they have addictions or personality issues which are problematic…etc… etc?

Even your core values may influence your decision.

Hopefully, my particular set of circumstances and ultimate decision can help you figure out the answer which is right for you.

Prior to marrying my ex, one of the red flags I ignored was his total ‘indifference’ to his family.

It’s not that he disliked his family, he just didn’t desire to have much (if any) of a relationship with them- including his parents and five siblings.

For example, he told me, after his parents moved him into his college dorm (3 hours from home) and paid his tuition, room & board that he didn’t bother to call home once before returning back home for Thanksgiving Break.

This may be acceptable for some… however, I found it rather odd and quite frankly sad. I was determined to help him cultivate a relationship with his family by example.

I was raised in a very close-knit family. My parents, sister, grandparents, aunts, uncles, and cousins may not have been perfect yet, they were all very important to me. We may not have always gotten along, but we worked at solving our differences.

Even though no family is perfect it has always been very important to me, to raise my children with respect, love, and honor for Family. To instill in them the importance of working hard to maintain a healthy relationship with family (barring an environment where there is toxic abuse)!

So, I happily took on the job to create and maintain a relationship between my in-laws and my children.

Back in the ‘80s I frequently sent letters and packages of photos keeping them updated on the day to day lives of our kids. I encouraged visits, remembered birthdays and special occasions with thoughtful gifts made by the kids.

I included them along on family vacations (much to my ex husband’s chagrin) and even dialed their phone number every week and put the receiver in my ex’s hand so he would stay connected to his family.

And then, after 23 years of marriage and being the glue that was holding everyone together, my husband came home from an “enlightening” 2-week “business trip” to Montreal, where he had spent  “a lot of time” with a lovely female co-worker and announced she helped him decide it was finally time to ask me for a divorce.

It may not come as a surprise our marriage was no dream, but I was a faithful, dedicated wife and mother and completely unprepared for the ensuing nightmare divorce; a category-5 high conflict divorce.

My ex was a master at spinning all sorts of lies he told everyone, including his family, to exonerate himself from any responsibility or guilt. He also horribly manipulated and abused our broken legal and family court system to evoke years of problems for me and my children. And my family!!

The Piece De Resistance was when he called the police on my 82-year-old mother…On Mother’s Day!!!

After years of seeing the painful destruction, my ex was still causing me and my kids POST-Divorce, my mom announced she could no longer watch silently and wanted to “have a word” with my ex.

So, when he pulled into my driveway to pick up our daughter, in his favorite shiny black BMW coupe (not the silver sedan he had bought his girlfriend) my mother quickly walked out with her cane and wedged herself into position of his open driver-side door.

She then proceeded to tell him how deeply disappointed she was in his behavior…etc.

He immediately threatened to call the POLICE if she didn’t get away from him and his car.

My mom, convinced her elderly hearing was failing her, asked him to repeat what he said

and he said: if she didn’t get away from his car he would call 911.

My mother was utterly shocked and asked him why he would ever do such a thing and before she could even finish the sentence. He. Called. The. Police.

He told the 911 operator he was being held against his will by an individual who had a weapon.

(weapon aka… her cane) And within minutes there was a police squad car on my front lawn!

(sadly that wasn’t the first or last time he would call the police for absolutely no good reason!)

Not only was my ex incapable of showing our children respect for family but now he was picking on the elderly… their GRANDMA!!!

Yep, my weight-lifting, muscle-building ex called the police on a frail 82-year-old grandma in front of our 14-year-old daughter. And the sickening part was he spun it to try and justify it!!! (Sorry, dude… that’s just NOT something you can justify!!)

From the beginning, I knew my ex and I had very different values when it came to “FAMILY.”

Obviously, I knew after the divorce it would continue to be my job to raise my children with respect, love and honor for family, mine and his. But, I quickly learned just how hard of a job that could be regarding the latter.

Call me foolish but I tried to continue and nurture the relationship between his family and my kids, however, his lies had spun a sticky web of deceit that covered everything. And his family had willingly accepted his side of the story, with no interest in pursuing the truth.

I tried, but if my kids were going to maintain a relationship with his family it was now up to three parties:

After the divorce, was it my job to keep in touch with the ex-in-laws for the sake of the kids??

In my situation, the answer was clearly a He-double-hockey-sticks— NO!!!

The silver lining is I actually maintained a wonderful (post-divorce) relationship with some of my ex’s aunts and uncles and they are a very special part of my children’s lives.

Our connection is based on respect, love, honor, and truth and I will continue to include them in my kids lives any way I can.

Oh, and the funny part is when one of my kids ended up with an article published in the New York Times suddenly’ my ex’s siblings came out of the woodwork sending emails, texts, etc.