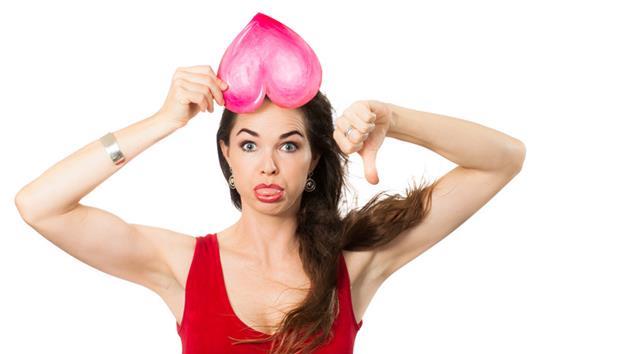 Dating after divorce? For some, it is the natural next step after their divorce is final. For me, getting to know myself again and focusing on my children and rebuilding my life were more important.

Life is filled with certain questions and there are some you can almost be assured you’ll hear at least once in your life when you have a major life change occur.

For instance, when you are in a serious relationship people will ask; “When do you think you’ll get engaged?”

When you get engaged people will ask you, “When are you getting married?”

When you get married, they’ll ask; “When are you going to start a family?”

And surely as the tides rise and fall, when you get a divorce they’ll ask; “When are you going to start dating?”

And maybe, just maybe you don’t want to date after a divorce.

Not wanting to do any of those things is perfectly okay. Yes, even the not wanting to date after a divorce. Believe me, I’ve gotten my share of wide eyes of surprise when I say that I’m not interested in dating. Along with the occasional look of, “Mhmm, sure.” Meaning, if I could find someone to date, I would be all for it, but since I can’t…well then, I say I just don’t want to date.

Hard as it may be for some to believe, there are those of us who either aren’t ready to date or just don’t want to leap into the pool of dating, after a divorce. Let me say that there is absolutely nothing wrong with those who are ready to get right back on that horse again. I applaud you and I think it’s great. I also think it’s great for those who shake their head at the idea of dating and just stay away from it, for whatever reason they have.

I can’t speak for other women, but my personal reasons are probably like others. Let me tell you my experience and if it sounds familiar, rest assured you’re not alone.

Dating after divorce for all the wrong reasons.

After my divorce, I was very quick to try and date. My reasons then weren’t the right reasons at all. I felt unlovable and unwanted and I just wondered if anyone could and would ever want me again. My self-esteem was at an all-time low. So, I went out on a couple of dates and I quickly realized, I wasn’t ready. I wasn’t ready to open my heart to anyone and more than that, I wasn’t ready to let someone new into my life.

My life had once consisted of a husband and our children. That was my focus and my heart and soul went into all aspects of family. When one part of the family equation was gone, my focus turned to my children and for the first time in years, to myself.

Not dating after divorce for all the right reasons.

I could find myself again and find out whom I was as a person. As a separate entity from the husband-wife creation, I had become. I had lost my own individuality in my marriage and something I discovered early on during the divorce was that I had to relearn how to be…me. I was a mom first and now, I wasn’t a wife second, I was me. Just me.

So, in those few dates, I realized I wasn’t willing to give up any time with my children and any time for myself, for anyone else. There was absolutely nothing wrong with the guys. As a matter of fact, they were great! They were kind, they were attentive and sweet. They carried the traits of someone one would want to spend more time with. Yet, here I was with a complete aversion to seeing them again and getting to know them better on more than a friendship level.

Once I knew who I was, I knew what I wanted.

Over time I realized I had become a strong and independent mother and divorced woman. You know what? That’s perfectly okay. It’s better than okay, it’s an awesome thing and something that shouldn’t be second guessed or doubted. There’s nothing wrong with wanting to stay single.

Some of us might decide later, whether we meet someone special or we just decide we’re finally ready, that we want to date and see what comes of it. Some of us might wait until the kids are grown and out of the house before we want to give that a go. And some of us may decide the single life is all we want and we may never go out and search for someone. Every single one of those options is okay!

So, the next time someone asks you if or when you’re going to start dating, look at them with a smile of confidence and say, “I don’t know if I ever will. For now, I’m happy as things are.”