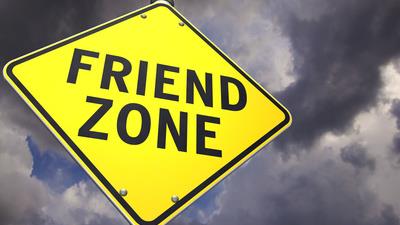 After 20 years of marriage that ended amicably in divorce, I took the leap and started dating. Things went well at first. I made new friends, a few of whom led down a romantic path. I told the men I dated at the time that I didn’t want anything serious since I’d just left a long-term relationship, and most seemed to understand.

In time, one of the men I had befriended became a major love interest. The problem was, he lived a thousand miles away. Another lived closer, but it was complicated feeling romantic with two people at the same time. Egos were bruised, and I found myself hurting those I cared about most. I realized I wasn’t able to give the local man the love he deserved. We remained close, but there were days I wondered if I was two clicks away from being unfriended. Today might be one of those days.

This blog is about another. A man I met when I first hit the dating scene. A man with a bright smile and a full, happy heart.

I met him on a social network, and after a few dates he told me he enjoyed my company but my love life was too complicated for his taste, and he hoped we could remain “just friends.”

It was a dream come true. I liked the man’s company and since we had tons in common, I was happy to switch roles.

A year and a half passed, and the three men were constant in my life. Each helped me in their own way as my divorce was finalized and my new life took shape.

Over the year, I spent more time with the one who was my pal. We ate at new restaurants, frequented concerts, and shared our tales of dating adventures. My kids loved being around him because he was easygoing and fun. He made me laugh and provided company without the pressure of “making a move” on me. It was almost like having a boyfriend—a friend without benefits, and he became someone I loved on a deep level. Intimacy without sex.

We spent nights together talking about life, our dreams, music, and people we knew. In private, his chums goaded him. They’d ask what was going on between us, presumably unable to believe that we were spending so much time together in a platonic manner.

Despite what his friends thought, platonic is all it was. My friend is younger than me, doesn’t want to get married nor does he want kids, and, truth be told, until recently I viewed him as a person practically devoid of passion.

Two weeks ago, my friend shared news that he might be leaving the state. There were changes in his place of employment, and he had interviews scheduled in the upcoming weeks. For the first time since I’d known him, he let down his emotional barricade. He was vulnerable, wore his emotions on his sleeve, let me see a raw and naked side to him.

The feeling of falling down a trap door hit me in the gut. Here was one of my closest friends, someone I looked forward to spending free time with, someone my children adored, leaving. It was selfish to want him to stay, especially when I knew deep down, it wouldn’t be the best choice for him. My heart was a pit of worry. I knew I had to support his choice, but so much of me wanted to hold onto him.

I cried for two days.

Soon it was time to head north. I’d be seeing the man I was romantically involved with during my journey, and I knew I had to do some soul searching before I left. I decided to be brave and ask my Florida friend a question: “Do you ever think of me as more than a friend?”

His answer was complicated. He said we had incredible chemistry, but he wasn’t mentally in a place for romance, and besides, once he puts people in “the friend zone,” that is where they remain.

How odd, I thought. Some of my best relationships had stemmed from good friendships. Friendship was the foundation of the best relationships. Why was it hard to make the switch? Did I want to go there? I wasn’t sure.

I wasn’t sure I felt romantic toward him. Until recently, he was nothing more than a brother of sorts. But seeing the new side of him made me wonder, and unanswered questions nag me until I nip them in the bud.

I told my daughter what happened.

“I have a confession,” she said. “Six months ago, he told me he liked you, but he swore me to secrecy. I’m only telling you now because it came out,” she said.

He liked me and never said anything? I wondered what my life would have been had I known.

Before I left town, I thought long and hard about my situation. I didn’t want my friend to move, and I didn’t want to complicate what we had.

“No matter what happens,” I told him, “we are friends first and foremost. I never want anything to take that away.”

We went to dinner and out dancing a few days before I left. The night went by the same as always: shared laughs, good food, easygoing conversation, a hug goodbye.

During my travels, I confided what had transpired with my friend to the man I’m romantically involved with.

“We aren’t committed,” I told him, “but I wanted you to know what was going on because I care about you.”

I hoped he understood. I didn’t want to hurt him nor did I want to destroy what we had.

My daughter texted me the other day. She was distraught because a boy she’d been seeing wasn’t treating her the way she deserved.

“You give people second chances,” she told me.

“The difference is, the men I date treat me like a queen. They gave me 100 percent of their affection. The guy you like doesn’t offer you that.

I quoted a favorite saying: “Find someone who looks at you as if you are magic.”

Reality hit as I spoke the words. My friend doesn’t view me as magic. He may have liked me once, but he didn’t care for me the way the others did.

It was an ego slap, but I was at peace knowing I’d always have his friendship. Friendships often outlive romance, and I valued what we had built. Good friends are a gift.

Despite what my friend says, I believe you can escape “the friend zone.” I think good friends make the best lovers because they know the deepest side of you, the side others don’t see. You bear your naked soul to your friends. You trust them. They don’t judge you. They love your idiosyncrasies.

I’m okay being just his friend. His friendship got me through peaks and troughs, and he’s someone who will always hold a special place in my heart.

You can escape the friend zone, but it’s a good place to stay.