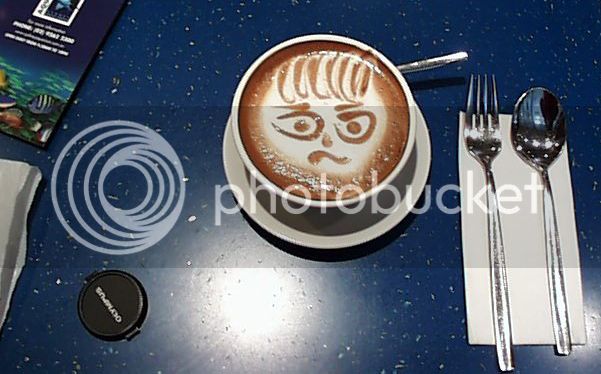 A dear friend in Wisconsin called me the other day. She was distraught. Turns out, her ex-husband had eloped over the weekend to marry the “other woman” who had existed within their marriage. My friend was stunned. She was angry, she was numb. She wasn’t sure what to do next, but one thing was for certain. She did not want to meet this woman – the new wife – for the first time ever that weekend at her daughter’s track meet.  She called for advice, and this is what I said.

“Invite her to coffee.”

Meeting the “other woman” for the first time is difficult. My friend wants absolutely nothing to do with this woman, ever. That’s not possible. There are children involved, and my friend’s two daughters now have a step-mother. Like it or not, she is going to be a fixture in their lives for some specified period of time.

I asked my friend, “When you think about your divorce, what is your number one concern or worry? What keeps you up at night?”  It wasn’t financial worries. It wasn’t fear that she would be alone.  And I’m so proud that it wasn’t continued anger and bitterness at her ex-husband.  Her biggest worry, her biggest concern, was her two children. She wanted to do all she could to shield them from any impact or harm that being “products of divorce” might have on them.  She wanted them to come through as emotionally healthy as possible.

“Invite her to coffee,” I repeated.

I suggested to my friend that rather than ignore the new wife and create all kinds of strife and drama, that she instead sit down with her over a cup of coffee to find out more about who she is, what she stands for, and what kind of mom she is going to be. This isn’t an inquisition; it’s a conversation to develop a comfort level with this woman is who is now going to hold the title of “step-mom” to her two beautiful daughters.

She has the power to set the stage for how things are going to be moving forward. She can role-model for her girls what it looks like to take the high road and not respond with bitterness and anger, but rather with her head held high. Her girls will watch her actions. They may not know how to articulate it now, but I’m confident they will be proud of their mom!

How do I know this works? Been there; done that!  I’ve been in the same shoes as my friend, and making the decision to invite my kids’ new step-mom to join me for coffee was a decision for which I am eternally grateful. She was now officially a part of their lives. As difficult as it was for me, I wanted my kids to like her (really love her), and I wanted her to like (really love) my kids!

I never wanted my kids to deal with having an “evil step-mother” so popularly depicted in our media! At the end of the day, I wanted to know that she had that “mom-instinct” … that meant she would grab my son’s hand as they were walking through the parking lot at Target if she noticed a car suddenly backing up … that she wouldn’t consider Coke and chocolate covered donuts a healthy start to every day … that she would be able to role-model strong, ethical, independent, passionate, and healthy behavior.

I know my kids are pleased when they see all of us talking together. The normal guilt that kids naturally feel when it comes to divorce tends to dissipate when all the adults – mom, dad, stepmom and stepdad — are all able to share productive conversations together.  I tell my friend that if protecting her girls is truly her number one concern that she does hold the key to starting to create a respectful relationship with their new step-mom and to truly set the stage for years to come.

My friend still wasn’t sure about this coffee thing! I did all I could to influence her decision. I’m so convicted about this I even told her I would pay for the coffee! Time will tell if I was successful or not.

Author Monique A. Honaman wrote “The High Road Has Less Traffic: honest advice on the path through love and divorce” in response to a need for a book that provided honest, real and raw advice about how to survive and thrive through one of life’s toughest journeys. The second book in the... Read More