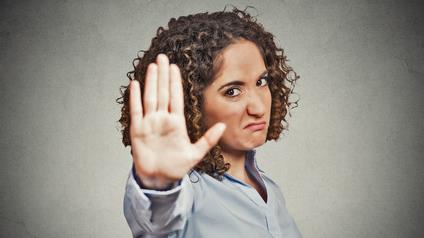 I was on fire, ladies. My husband, Tim, was going to be like the character Demi Moore played in the movie, Scarlett Letter.  Wearing the blood red “A” on his chest for all the world to see. Problem number one, we live in a no fault state. No one cares other than me about infidelity and emotional abuse (good luck proving). Okay, lets go to Plan B since we no longer live in colonial times. The Plan B consisted of the separation agreement. I was told this was the KEY to everything and will be followed throughout my divorced years. After going back and forth with the attorneys over wording for four months, we came to a legal, binding agreement that consists of 38 pages (single spaced). It made me feel safe and secure the same way I felt in my perfect stay-at-home mom world.

The biggest decision I made with regard to my divorce is I chose to not keep the house. People looked at me puzzled, as if I was crazy. The bottom line is I couldn’t afford it. I knew I was starting over like a poor college graduate along with three kids. Tim was to refinance within 60 days and pay me half of the equity. Instead, Tim stopped paying the mortgage, quit his job and I was running to find the separation agreement. The agreement was black and white and cost a couple thousand dollars. Child support and alimony stopped. I started to sweat. I was dropped from our family car insurance which wasn’t suppose to happen until the divorce was final, life insurance policy was closed etc., etc.

I went to my attorney with the separation agreement in hand. At this point I think I had the entire thing memorized word for word. She was a cool cucumber as I was telling her the story and yes her metered clock was ticking to bill me. She then told me, “The agreement is only good if both parties follow it.” I started to look around the room for a paper bag as I was starting to hyperventilate. The next step would be to file for contempt and this takes time. The attorney then told me I needed to work to pay my bills and I shouldn’t rely on child support or alimony. The attorney asked, “what would you do if Tim died ?” That was a great point and would have been covered under the life insurance policy part of the separation agreement but Tim closed the account.

My mind was racing a mile a minute. I sold my engagement ring, paid my attorney and hired a divorce attorney that specialized in real estate. Meanwhile, Tim did get a job and started paying child support and alimony, but not the mortgage. My attorney filed for the house to be turned over to a third party to be sold. Two years later it was sold through court intervention. I lost my equity, my credit was ruined, my kids were heartbroken because their father told them I made them move, my house was trashed and I had a huge legal bill. The only positive note was Tim had to pay the deficiency judgment of $30,000.

I have enough contempt, court orders, court appearance notices, attorney correspondence letters to wallpaper a large room. Again, after all these years I remember what my original attorney told me: “The agreement is only good if both parties follow it.”  You need to decide for yourself if the cost is worth it if your ex-spouse decides to default. The legal fees to get the other person to maybe follow the agreement are huge and that doesn’t include your time. You’re not looking at a couple weeks or months but, rather, years to resolve. By the time it’s resolved you’re exhausted and scratching your head wondering,” What was I thinking when I married this person?” Right. You were in love.

My next article (Part II) will consist of ideas I would have taken to safeguard myself in the agreement and I only hope that maybe I can help someone. Dealing with a high conflict divorce is so difficult and challenging and I don’t know if there really is anything you can do to safeguard yourself. But I hope I can give a little insight. And remember, this is your life at this moment. It passes and you come out the other side. Wiser beyond your years and I hope not bitter. Being bitter is one more way to let the other person win and you’re to good for that to happen.