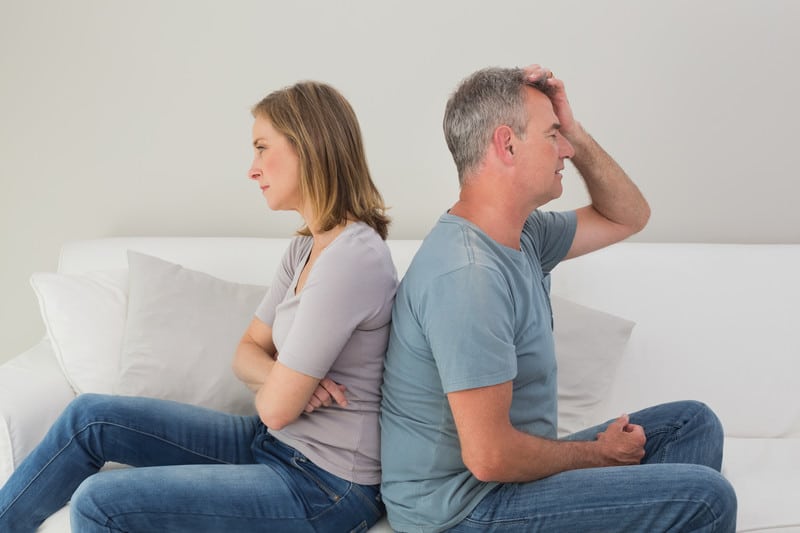 Right now you may not can stand the sound of his voice but, that doesn’t mean divorce is inevitable.

Couples who have become disillusioned with their marriage but aren’t ready to take the permanent step of divorce have the option of either entering into a legal separation or a trial separation.

I am of the belief that all states should have divorce laws that require a period of “separation” or living apart before a legal divorce can be filed. The decision to divorce can be driven by negative emotions that get in the way of one making a rational choice.

Time away from the marriage and spouse can, at times clear one’s thinking and help reality intrude into the fantasy idea of being single again and all the wonders that they believe come along with flying solo.

John and Amanda had been married for 16 years when John went out of the country on business for two months. John found himself loving his freedom and time away from the responsibilities of being a married, family man.

Once he returned to the U.S. John filed for a divorce from Amanda and moved into his own apartment. He loved life and his freedom until Amanda started dating and became seriously involved with someone six months after their divorce was final.

Suddenly John had to face the reality of his wife with another man and the possibility of another man living and helping raise his children. And this is when he began to regret his move to divorce so quickly. If John had taken time away from his marriage via a trial separation there is a strong chance that his marriage would have survived and he would not be living with the pain of his actions.

Regardless of why you feel the need to divorce it is in your best interest to try either a trial or legal separation before dissolving your marriage altogether.

What Is The Difference Between a Trial and Legal Separation?

A trial separation is an informal agreement between two spouses to live apart. There are no legal agreements, lawyers or judges involved.

During a legal separation, a couple decides to live separately and will use a family court attorney to draw up a legal separation agreement that outlines such issues as child custody, who pays the bills, who lives where and the duration of the separation.

3 Pros of a Trial Separation

2 Cons of a Trial Separation

I would suggest that any couple involved in either a trial or legal separation seek profession family/marital counseling during the separation period. Time apart can help cool down negative emotions but it will not teach relationship skills which will be needed because if you don’t learn a new way of dealing with the marital problems the same problems will surface again.