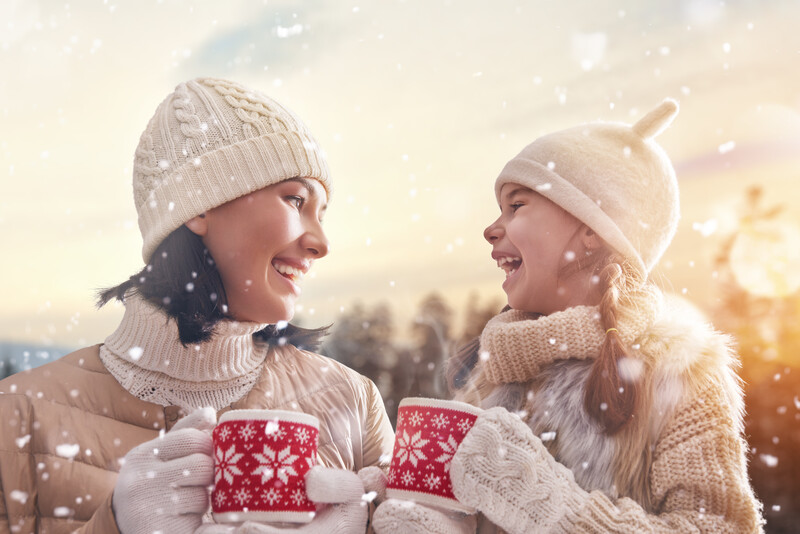 For families going through a divorce, the holidays can be like riding a unicycle in a hurricane. It’s already hard enough to ride the unicycle, and now you have a holiday hurricane that is bound to mercilessly toss you from one crisis to the next.

But holidays just keep coming year after year. The best thing you can do as a divorced parent is to understand how not only to survive the holidays but actually create lasting and permanent memories with your children by always trying to put your children first.

One of the biggest reasons why holidays are such sticking points for divorced parents and their children is because holidays during the marriage are often the focal point of family fun, vacations, and gatherings.

Parents often set aside their hectic work schedules to carve out more time and vacations with their children. Kids are usually out of school for at least two weeks, giving them plenty of time to make any number of hidden forts, lively snowmen, Minecraft creations, and other cool holiday projects.

In short, parents in many marriages go overboard to put their kids first during the holidays. Their pure joy and glee is encouraged, and thousands of digital camera flashes burst forth to help keep the image of these events alive for years to come.

Kids would passionately rip the wrapping paper off of dozens of presents, as their parents stood back, holding each others’ hands, caught up in the innocence and joy of it all, thinking it never would end.

So What Is Different About The Holidays After a Divorce?

After a divorce, what used to often be a festive holiday table filled with bubbling and enthusiastic cousins and uncles can now become a table filled with empty seats and uncomfortable chatter. In many cases, the children are sitting in a new, smaller home, wondering when they are going to see their favorite grandparents again. Long established traditions disappear as the reality of a new norm sets in.

Also, parents may not have the same flexibility with their schedules they are used to. Supporting two houses often means late nights at the office and new jobs for both divorced parents, with employers making demands on their holiday time and reduced vacation time.

Particularly, for holidays soon after a divorce is finalized, emotions between the parents may still be raw and even testy. A holiday season where children have grown accustomed to pampering and fattening foods suddenly becomes a battleground about when the children should be picked up and dropped off on Christmas Day, or on Thanksgiving, and when the child support check will arrive to pay for presents.

Putting the Children First Again, in New Ways, Can Help Smash Through That Barricade Of Discomfort Around The Holidays

How do divorced parents find that secret sauce, that special elixir that can again intoxicate the little ones with the joy of the holidays? That elusive recipe often lies in looking at kids and really understanding what they want, even at things that in the past might have escaped your attention. Let them hold the reins for a while and feel like they have some small measure of control again in a difficult situation.

Find Out What Your Kids Really Want, And Don’t Assume It’s What You Want

Many parents assume that their kids will somehow make it through difficult times by buying the biggest doll or the radio-controlled car with the fastest wheels. But success in spending quality time with the kids during the holidays after a divorce may be something as simple as tucking a child into bed several nights in a row to make them feel secure again.

Sometimes, a smaller child just wants more face time. They just want to see you squat down on the colorful playroom playmat and grab a few Legos, or put three pieces of Hot Wheels track together to complete the loop.

And remember that most kids want to spend time with both parents during the holidays. Divorced parents shouldn’t get upset about this. They’re not getting rejected, but just being told that other people are and will remain important in the lives of their children.

Look At New Traditions, And Don’t Be Bound By The Past

Many of the old rituals like gathering for a holiday meal at Thanksgiving or helping to decorate a Christmas tree are still relevant and important, even if the guest list has to change. The difficult part can be to find a sensible balance between what traditions made sense in the past, and what will create a special sensation of joy and holiday spirit now and in the future.

Maybe your six-year-old boy wants to bring a friend to Christmas dinner. Or possibly your daughter wants to skip going to her grandmother’s for the holidays and just wants to stay around her neighborhood and hash things out with her friends while throwing pillows in the bedroom and painting their toenails.

Although parents shouldn’t give over the entire holiday scheduling to their 14-year-old sons, parents should give their children some ability to participate in the decision-making. For many kids still shaken by a recent divorce, that sense of regaining some control in a changing environment can be a strong reminder that their input remains important and they matter.

Try And Get Along With Your Ex During The Holidays

Many divorced parents spend a lot of time arguing about visitation or parenting time pick-ups and drop-offs, or when child support checks will arrive. Around the holidays, make an effort to minimize post-divorce bickering. Don’t get visibly aggravated if your ex is 15 minutes late dropping off the children. And don’t complain in front of your children about what you believe are parenting shortcomings. Everyone should try and stick to the parenting schedule. But allowing for holiday visitation “hiccups” can mean the difference between a celebration mired in brooding kids and one where the children feel special and important again.

Kids like to think that their parents will be able to get along at some point, even if their expectations may outstrip reality. Let the holidays be a glimpse of what might be, even if you personally have to struggle at times to keep your holiday composure when your ex is around.

Ultimately, there is wisdom to the old adage that nothing ever really stays the same. For children after a divorce, they might want their holiday celebrations to remain intact, but deep down they also know that change is on the way.

But when divorced parent puts their children first around the holidays, it’s usually much easier to work on creating new memories with their children, instead of dwelling on how things may have been in the past.