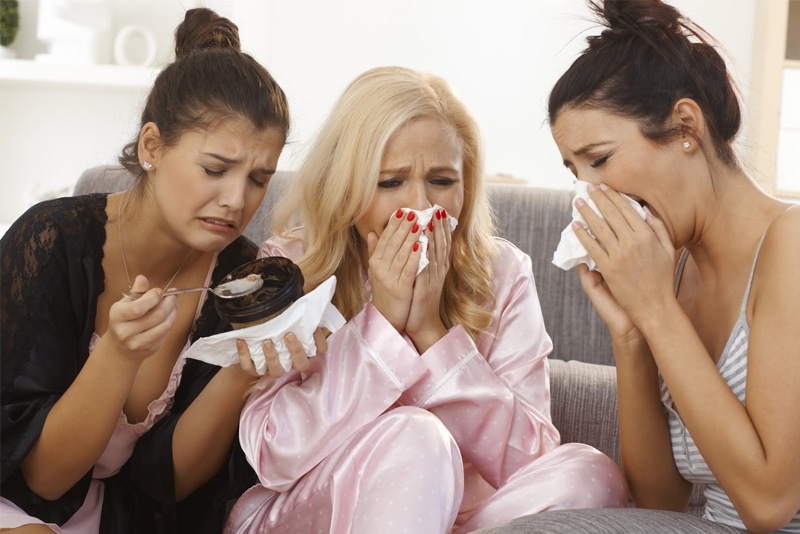 We hear a lot about how divorce laws and the family court favor women during divorce. How men are emotionally and financially impacted by divorce far worse than women are. If you ask women, though, what have you lost as a result of your divorce, you get a different picture.

We asked that question on our DivorcedMoms Facebook page and based on the answers we received it’s safe to safe that divorce takes a toll on both genders.

There is recovery, healing, and rebuilding after divorce, but it comes at a great expense. We’ve been criticized here at DivorcedMoms for not focusing on the positive aspects of divorce only. Our goal is to educate women about divorce, not sugar coat it for them. To give them a look at the good and bad.

If you’ve been through a divorce, you know it’s an emotionally draining process and no one comes out of it a winner. There is always loss. It’s those losses and the adversity we face during divorce that promotes growth and empowerment.

In the responses below, that’s what you’ll find, loss, growth, empowerment and a little humor. We hope you can learn from them, grow from them and know that you aren’t alone because of them.

What have you lost as a result of your divorce?

Betty: I’ve lost about 50lbs and lots of stress

Christal: I lost over 200 lbs – about what the ex weighed.

Damaris: A critic, a nagging voice telling me I’m not enough, a grown man-child, an anchor, the source of a lot of self-doubts, the guilt machine, the irony of loneliness in a marriage, and about a lil over $100K. Worth every penny. Money I can earn again. Sanity I can’t.

Cathy: I lost my best friend, all the plans we had made for the future, my children’s intact family. I lost everything that was important to me as a woman and mother. I lost too much to list here. I’ve gained quite a bit but never enough to make up for the losses.

Louann: I think I was lucky in that he just picked up and left and didn’t fight me for anything material. The biggest loss/adjustment was having to parent alone. I also lost a few friends whom I had considered to be my closest. You really see people’s true colors when you go through your most difficult times.

April: I’d like this to say what did we gain? no verbal abuse, name calling, threats to leave – just wish I could find a counselor that would actually talk to me instead of saying I don’t need it because I can’t control others behavior – I would have probably had more strength

Christy: Financial stability…I can take care of myself but having one income is always a little scary when you’re not 100% sure about job security. The nice thing is however I can finally save money and spend it on what want.

Amanda: Everything. And it’s still going on.

Stefanee: Any respect I ever had for my ex husband and my ex best friend.

Tonya: Breathing room financially. I can support myself and my kids, but with one income it’s tight.

Jennifer: The Happy Hausfrau Gosh- retirement, my credit, the house I grew up in, self-esteem. Those are just the biggies

Alison: That friend you got to tell everything too. That person who is there for you, held you at night and reminded you that you were their favorite in the world. But the good part is there are plenty of fish in the sea, and is replaceable as you were to him he is to you

Wendy: My credit rating, early retirement, weight, but not my self-esteem or my guts.

Debby: 20 years of a 401k, and a pension. But what I gained was far more important: my worth, my sense of self, and true happiness!

Nicole: Half of my children’s lives.

Geneva: Pretty much everything.

Arianna: 10 years of my life married to him- but the gains outweigh the loss.

Danielle: I lost security and possibly my house.

Carrie: Sleep and sanity. Totally worth it.

Lisa: My other family.

Tori: My church (though I found a better one), my only sibling and her children, my reputation (due to smears by the ex), countless dollars, my child half of the time, hours upon hours of sleep, my health, my youth, and all faith in therapists and the legal system. I lost my dreams of being a stay-at-home mom, a second child, companionship, and home ownership. I lost the idea of the fairy tale.

Liz: I lost 200 lbs. of a lying and cheating asshole. I lost having to walk on eggshells, I lost having to be afraid to voice my opinions, my children lost a Father who picked his whore over them. The best thing he ever did for us was leaving.