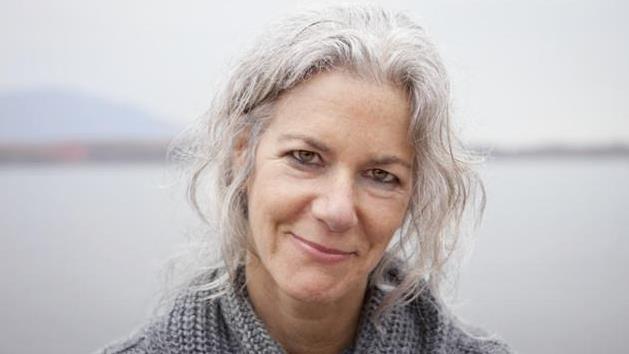 “In sickness and in health…for richer or poorer…Until death do us part.”

People get married to grow old with each other. During their nuptials, partners exchange marriage vows and speak of a love that lasts forever. You say words full of promises to be there for each other no matter the circumstance. However, it’s not always the case. Couples can decide to part ways even after 30 years into their marriage.

Take the case of Bill and Melinda Gates. The couple, married for 27 years, shocked the world when they announced their split. But their separation isn’t special. Divorce after years of marriage is pretty common.

Why does this happen? Is it a trend or a pressing problem with ramifications for both parties? This article will discuss why the overall divorce rate for the older demographic is increasing over time.

What is Gray Divorce?

Gray divorce is also known as a “silver splitter.” It’s a legal separation between two older adults aged 50 and above. These couples have shared long-lasting relationships between 20 to 30 years together. Most involved in these divorce proceedings belong to the baby boomer generation and mostly have gray hairs. Hence, the name gray divorce.

The gray divorce rate going up is not news. It’s been going on for years. A 2012 study documented that marriage dissolution in people aged 50 and older doubled within 10 years. In 2010 alone, 25 percent of divorces belonged to the older age group.

Today, not much has changed. The latest report by the US Census Department highlighted that 34.9 percent of Americans filing for divorce in 2020 were 55 years old and older.

Interestingly, these older adults not only have to deal with financial constraints but also health concerns. Divorcing after years of marriage also means saying goodbye to a longer life. Studies have shown that married individuals have longer life expectancy than unmarried ones.

Three Reasons Why Even Long-Term Marriages End up in Divorce

Long-term marriages go through different stages of learning and relearning about each other. Couples discover new things about each other over the years of being together. In the course of their relationship, they may realize that they have different views on things.

There may also be some instances when problems can get out of hand. In such cases, the best course of action is to go their separate ways. While they grow together, it’s also possible for them to grow apart. Here are three common reasons why gray divorce happens:

As adult children seek an independent life by moving out, most couples find themselves spending more time with only each other. This constant exposure to each other’s presence can highlight the dynamics the couples share.

Married couples tend to focus more on their differences now that they no longer have children to look after. During all the years of marriage, most couples rarely spend time alone.

Going on dates and doing activities without the kids are a rarity. As their children are no longer there to mask marital neglect, the cracks of the marriage become more visible.

When they are in their midlife, couples may realize that both of them have changed. They no longer share the same passions and goals.

Married couples will have to face several challenges as they work through their marriage. A significant one is financial issues. These monetary problems are more tolerable when both spouses have their sources of income.

However, there may be instances when these financial issues become a significant concern in the marriage. Many couples must rely on their retirement funds when they reach retirement age. Living on a fixed income means they must be more careful about their spending habits.

Financial conflicts can also arise from the so-called spender vs. saver dichotomy. This difference in mindset can cause a rift in the marriage.

For example, a partner stays at home with no income while the other continues to work. The other can feel guilty about not contributing financially. The other may feel more power in the relationship because they’re “providing” familial support.

Financial problems can also stem from addictions, often dragging on in the long-term. In such cases, most couples decide to start the divorce process by consulting a certified divorce financial analyst. This helps determine the appropriate spousal support.

Marital neglect is common in long-term marriages. Some couples become so used to seeing and being with their partners that they take each other for granted. It can result in a lack of romance, making them easily succumb to temptation. While there’s no excuse for cheating on a spouse, some partners may seek what their marriage lacks in other people.

According to psychologists, people cheat because they have emotional issues. They use cheating as a way to deal with aging. Starting an affair makes them believe they are still attractive to someone other than their partners.

Many divorcing couples go through bouts of infidelity several times throughout their marriage until they reach a breaking point. However, using infidelity as grounds for divorce can be tricky. While adultery is illegal in some states, it doesn’t hold weight in divorce proceedings. Talking to a family law attorney may be necessary in order to understand your state’s divorce laws.

Divorce After 30 Years: What to Expect

Starting a new life after a long marriage can be challenging but liberating. There are things you must know. Here are some of them.

Since gray divorce occurs when you’re in your retirement age, it’s essential to secure your finances, healthcare, and retirement accounts to shield yourself from physical and mental injuries.

Keep in mind that your divorce can impact your retirement plans. Ask your divorce attorney about the division of assets and alimony.

Think about your financial security. If you’re relying on monthly pensions, consider if it will be enough to support your needs. You must also look into your healthcare insurance.

If you’re looking to keep lawyers out of the divorce, it is possible to get divorced without hiring an attorney in some states like Texas. Before deciding whether to proceed with a DIY divorce, make sure to look into your state’s laws and consider the pros and cons.

Divorce means a change in the current family dynamics. Post-divorce, the family traditions that you’ve followed for years will change.

Children will end up choosing sides over trivial and important things. Though not always guaranteed, divorce can split the entire family. For example, children must choose which parent they will spend the holidays with. Ultimately, they may decide not to visit anyone at all. This may cause them to grow apart from you.

Older people divorcing doesn’t mean they won’t remarry. Remarried couples often have to deal with introducing their new relationships to their children.

Gray Divorce Is Not the End of Your Story

Divorcing later in life doesn’t mean that you’ve made a mistake. You got married because it felt right at that time. Several things can happen while you’re together that forces you to make the brave decision of accepting your reality.

Remember, divorce doesn’t mean your story is ending. It is the start of another chapter in your life.

Ivan Serrano is an enthusiastic writer who enjoys learning whatever he can about business development and growth hacking. He also enjoys sharing his knowledge of technology and how it can improve business communications on an international level.