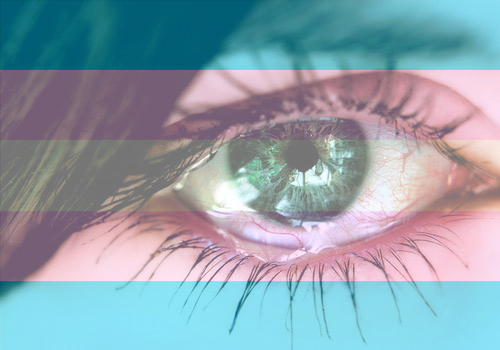 Many years ago I fell in love with a boy with a secret and nearly 20 years later that secret almost destroyed us and I still feel like the whole thing was my fault.

The boy in my story actually preferred to dress in girl’s clothes. He is transgendered, more specifically a closeted crossdresser. He didn’t hide this secret from me long; he was actually really brave and came clean to me within the first year we were together.

I was touched that he loved me so much that he could share it with me but then I was left to deal with the consequences of his confession. When I say consequences, I really mean the consequences to my master “happily ever after” plan.

He seemed relieved that I had not reacted badly, that I didn’t storm out on him or call him unkind names. I think I was still in shock, I didn’t possess the ability to understand what he had told me and I didn’t know how to react, so I said very little and because I wanted to please him I did everything he asked me to do when it came to his secret.

I didn’t realize that this secret would be something that didn’t go away and it wouldn’t get better, it would be with us always. That didn’t matter though, by that time I was deeply in love and I didn’t understand that loving him would be the easy part; the hard part came in the future. Which at the time was out of my grasp mentally and seemed like another life far, far away.

I didn’t care about his preferences, I wanted to make myself available to him, so I did and I thought that would be enough. This is where my inexperience comes into play, I had no sense of self, no way to hold back and try to protect myself. My mother never talked to me about the birds and the bees, I learned everything from sex education in 5th grade and that was only the textbook version.

No one told me to value myself, to make sure that my needs were met, that I would be okay by myself if he decided to move on. The only stories I knew all ended with “happily ever after.”

Looking back now I know that just blindly accepting something so major was the result of my low self-esteem. I never felt like I deserved love and happiness and now that I had found it, it had a huge blemish. So I guess I thought that now we were even, his love came with this caveat and I was willing to live with that caveat as long as my dreams of lasting love still came true.

This is where I was dead wrong and now so many years later, I am paying for something a younger version of myself didn’t understand and wasn’t honest about. As I think back on it, I don’t know that either of us knew how to deal with his secret. We both coped in our own separate ways, I was very driven to make those dreams we talked about come true and I thought that would be enough and he never really stopped me and told me that it wasn’t and if he did I didn’t recognize it. He would dispute this fact now, but at this point its water under the bridge.

About two years ago my spouse began to act strangely and I could never put my finger on exactly what was wrong. Keep in mind that I work full-time for a Wall Street firm and I have two young daughters, so my attention wasn’t fixated on his secret.

I was more concerned about getting everything done and maybe getting 6 hours of sleep at night. He became more distant and I began to resent having to carry most of the household load. Needless to say we were both a little bitter. I didn’t realize that his need to dress was more like a raging urge, which turned into a volcano that hadn’t erupted for a hundred years. I kept trudging along oblivious to the problem, hoping that once the kids were raised we would continue on the path to happily ever after. It was about this time that world came crashing down on me.

His crossdressing was always present in our lives; I thought that he was satisfied dressing behind the scenes. The transgender community would call this a “don’t ask, don’t tell relationship.” I was fine with this DADT arrangement.

I would find an occasional size 12 high heeled pump stuffed inside a spare tire and just push it in deeper so that no one else would see. It turns out he became restless with our DADT arrangement and instead of sitting me down and telling me how he felt, he started an affair with a co-worker. I was devastated and I felt every range of emotion that you can think of until I settled on sadness.

A bone crushing sadness and I had no idea how we had gotten to this place but after a lot of soul-searching I decided that I wouldn’t let my marriage end here. So I pulled myself up by my bootstraps and decided to fight for my happily ever after.

This journey has been a hard one, but I find myself in a better place today. I feel more open, not only to my spouse and children but to everyone around me. Since enduring all of this, I feel stronger and better able to handle the journey ahead of us. We have found a way to accommodate his desire to dress in women’s clothing with our everyday lives.

He is still ‘in the closet’, so his time spent dressing is a lot less than he would like, but we have found a way to balance his needs with practicality. I still find size 12 high heeled women’s shoes, but now it’s usually on Amazon during a shopping spree with him.

Emotionally I am still recovering from his affair, probably the hardest part of all this, I don’t know if I will ever entirely trust him again, but I do understand him better now and I forgive him.

I am not divorced. I almost was, but I decided to fight for my marriage at a time when most people would have thrown in the towel. A few years ago my husband started an affair with another women while trying to explore his need to dress in women’s clothing. The decision to stand by him came from a place of strength, not weakness and it has not always been received well by the people around me.

I have been married for 15 years and we have two young daughters. We live in a very... Read More