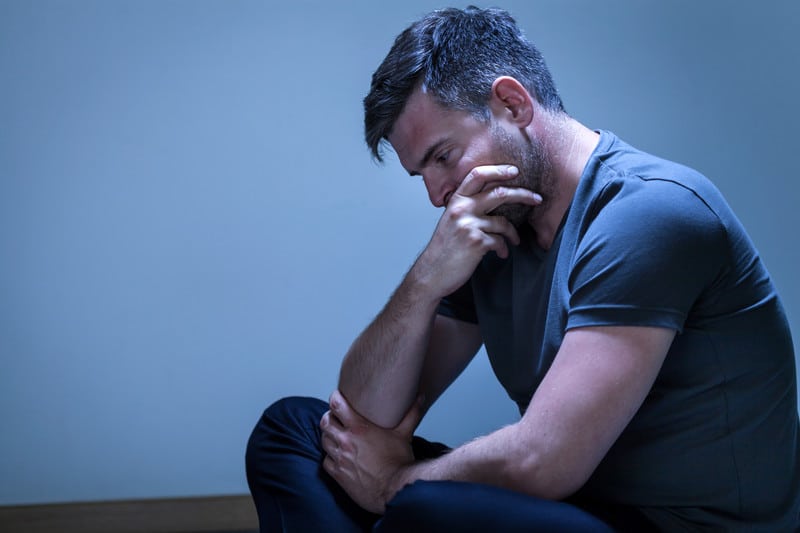 My Facebook feed is filled with divorced or almost divorced women turning to each other for support and there is one thing you won’t find on there:

Single dads and divorced dads are not gathering in tribes on social media boards or in person to chat about their plight and experience with divorce even if they want to.

Why Men Don’t Seek Support From Each Other During Divorce

A study published in 2000 in the Psychological Review, showed that stressed women “tend and befriend” while men go for the “fight or flight” option. Researchers suggest that this is due to the fact that when stressed, men’s brains omit less oxytocin, that feel-good love hormone than women. And according to statistics produced by the American Psychological Association in 2011, women (70%) are more apt to do something to reduce their stress than men (50%) are.

No matter which way we slice it, research shows that men tend to go the solo route when it comes to working through stress while women look for company along the way. Men don’t want to raise their hands and say, “Hey everyone, my life sucks,” or “I miss my ex-wife,” or “It’s really hard raising kids in a single-parent home.” Doing that would mean admitting pain and hardship, something that isn’t considered a masculine trait, and let’s face it, while women have been the oppressed gender from the start, men also suffer from unfair stereotypes and expectations.

It’s not OK, according to society, for a man to cry.

You’ve heard that phrase tossed around and so have I. We tell men to be brave and strong and to keep a straight face. This doesn’t leave a lot of room for grief and sadness. So it isn’t surprising then that single dads and divorced men are not looking for a support group, but to me, this limits divorced men and single dads from moving past divorce in a healthy way.

If men could form groups or did form groups, it could help them grieve divorce and learn new parenting strategies from other dads. If a man did reach out to another man to say, “Hey, how did you find a good custody schedule,” or “Is mediation the better route?” it would be beneficial for that just-divorcing dad. Going solo on such a huge time of adversity like becoming a divorced, single dad seems risky, from my female-wired brain.

It could also be the reason men seem to jump into new relationships, faster. A new partner might just be the divorced man’s support group, but that is problematic too. Another woman shouldn’t be your springboard for grief and renewal.

So for all the divorced dads out there, why not see befriending or growing your support network of other divorced and single dads in a different light, rather than seeing it as a “b*tch fest” or gathering like a group of old ladies?

To all the divorced dads or “going through a divorce” dads, why not do things a little differently in your life? Making contacts and building a support network isn’t just for women. It’s for smart people who want to make a huge life adjustment a bit easier or in other words, it’s for you!