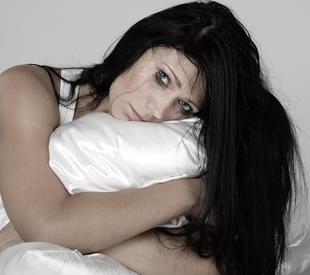 This is the story of Lia, a very close friend of mine. I asked if I could publish her story. She agreed. Grab some tissue before you start reading.

I met my boyfriend, Dan, over 18 months ago. Soon, we were seeing each other almost every day and talking on the phone endlessly. Ten months into our relationship, Dan was on a trip and asked that I get his mail. When I showed up at his house, there was a girl there. She told me her mother had been dating Dan and she was just there to do her laundry.

I called Dan immediately. He apologized, said they had only gone out a few times, and there had been no hugging or kissing on any of those dates. It wouldn’t happen again. Against my better judgment, I gave him another chance. I wanted to believe in him. I needed to believe in him.

Just a few weeks ago, everything came crashing down. It started with a simple photo on Dan’s Fabebook page. At first, I didn’t notice it. But then I started looking closely… Dan had recently gone on a trip across the country to attend a family reunion. But who was this woman sitting next to him? She looked like a date. I went through Dan’s friends and recognized her as one of them. She lived several states away. I sent her a private message: “Did you meet up with Dan? Who are you? I am his girlfriend.” I got quite the reply. Not only did he go on the trip with this girl but he had flown out to see her months prior and lied to me about where he had been. He told me he was visiting family on that trip, too.

I was sick. I wanted to throw up. I started dry heaving. I started calling Dan and texting him. No response. It was close to midnight when I finally nodded off to sleep. I knew in my gut he was somewhere with someone. I could feel it.

The next morning, Dan called. He said that he had fallen asleep earlier and that’s why he hadn’t picked up the night before. I didn’t believe him. “Really? You were asleep by nine o’clock.” I said.

“Ok, I was out on a date. I’m so sorry.” I drove over to his home and, standing in front of me, Dan started confessing. He had only had dated her a few times and he fell asleep at her house but in a different bedroom. He told me he loved me and he would do anything to keep me.

The next night, Dan and I went to dinner so we could talk. In the car, I started shaking uncontrollably. “Did you have sex with her?” I asked.

“Who is she? I want to know. I want a name,” I said. Honestly, I only remember bits and pieces of the conversation. It was all a blur.

I looked her up. There she was. Long beach wave curls, lots makeup, and lots of accessories. I started typing out a message. She needed to know that she fucked my boyfriend after four dates (if that number was accurate) and that she had been played, too. Because she wasn’t the only one, neither was I, and neither was the girl that he went on vacation with.

“You’re sending her a message?” he asked. “If you do that, I’ll learn a lot about the kind of person you are. Vindictive.”

I was incredulous. “I’m vindictive? You fuck a woman and did she know there was someone like me in your life? Because how is that fair to anyone?”

I didn’t send the message. I didn’t want to be that kind of girl.

“I’ll end it with her. I will cancel my membership on Match right now. You can watch me. Let’s go home. You’re the only person who matters to me. There is no one else. I’m so sorry.”

What? He was on match.com?

We went to his house and he cancelled his membership while I watched. We talked. He apologized. I sobbed. We came up with new boundaries for our relationship and before I went home, I agreed to forgive him and learn to trust him again. After all of this, he asked if I would give him a massage and I did. That’s right, I was PATHETIC.

The next day, I tried to keep it together. Dan called often and we talked as if nothing happened. But sometimes at a stop light or while walking through a grocery store, I felt as if a dagger was being rammed into my head and the pain would overwhelm me. And then I would wonder where Dan was at that moment. Was he talking to another woman? Was he at lunch with another woman? What was he doing? And the thoughts raced through my head and I just wanted them to shut up!

After a few days of “business as usual,” Dan left on another trip to visit his daughter and we did what we always do– call each other many times a day. And then just two days ago, I went on Match.com to see if, by chance, Dan’s profile was back up. And there it was. Oh my gosh. He couldn’t stay off the damned site for more than a few days. An addict. I called him.

“I’m on my laptop and reading your profile on Match and you’re online now,” I said lightheartedly. I started laughing.

“What? That’s impossible. I’ll call you right back. Minutes later, his profile vanished. He called me back. “I’m so sorry. You mean everything to me. I don’t want to lose you.”

Dan had become my best friend and this ended it. Just like that. The void he has left is unimaginable. Except he wasn’t a friend. He was someone who used me, disregarded my feelings entirely as he pursued his selfish interests. A man who pretended to have feelings and tenderness but who didn’t. He couldn’t.

This is all so new and I’m still trying to grapple with what it all means and how to cope with this pain. It is raw and terrible. The feeling of betrayal and sadness is excruciating. But then some moments I feel relief. I feel strong and empowered. I know each day it will get better.

I did learn a lot about me in that relationship. I liked the person I became. I was kind and thoughtful. I was trusting and generous. I was gullible and too easy to look past the first few indiscretions. It won’t happen again.