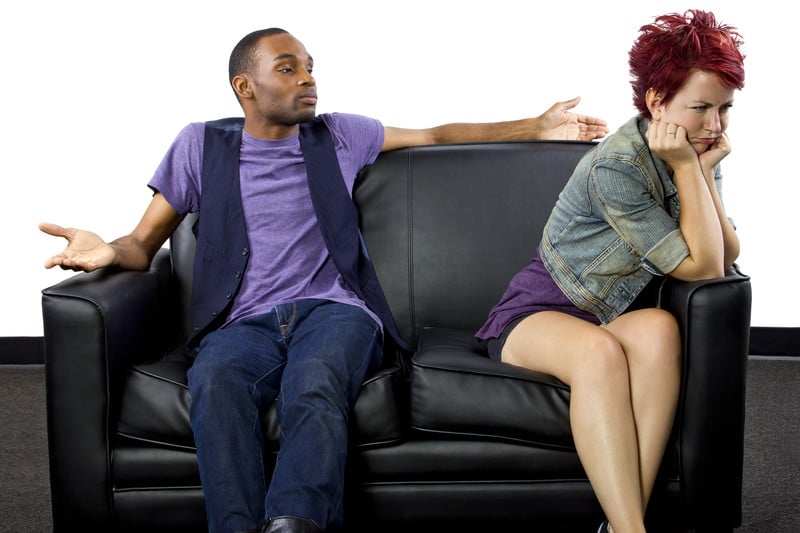 There is more to our high divorce rate than women gone wild.

It surprises me that the opinions of some are so simplistic when explaining the high divorce rate in our country. Some point a finger at the feminist movement. Men like to place most of the blame on women. Others blame an inability by couples to make a true commitment.

I believe it goes deeper than feminism or a lack of commitment by spouses to the marriage, though. Below are my thoughts on the high divorce rate.

6 Reasons I Think The Divorce Rate Is So High

People end up in divorce court because they wait too long to find solutions to the problems in their marriage. We are a nation of highly independent people and in my opinion that independence we covet stands in the way of us being able to humble ourselves and ask for help from each other and experts.

We don’t like to think we can’t solve a problem alone, especially something as personal as a marital problem. We are of the mindset that if we work harder we can deal with the issues. What we don’t stop to consider is that, if you don’t have the skills needed to work through the problems it doesn’t matter how hard you work.

A little humility, a little less faith in ourselves to handle it all and a willingness to admit needing help would keep quite a few couples from becoming a victim of divorce.

Couples don’t know how to fight fairly. They have this romantic notion that if they are in “love” there should be no fighting. Once the fighting begins, they are so flabbergasted by the idea that someone who loves them would criticize them that all hell breaks out.

Instead of realizing that fighting can be healthy for a relationship, people become highly offended, start harboring resentment and start withdrawing from their spouse.

There is an inability to fight, make-up, forgive and get on with the marriage.

3. “My Way Or The Highway” Mentality:

In a marriage, a person’s role will change. At times, they will be in control of major issues, at other times their spouse will be in control of major issues. I see an unwillingness to give over control to each other. It is called mutual submission and in my experience, I see very few people willing to yield control to their spouse. It is a “my way or the highway” mentality that is destroying marriages and leaving people with nothing but their need to be control freaks.

People are too quick to seek comfort somewhere else if things aren’t working out in their marriage. Declining morals and the skewed belief that straying outside the marriage is justifiable if your needs aren’t being met is devastating to a marriage.

Very few marriages recover from infidelity and many people end up alone with the realization that looking outside the marriage to solve problems only adds to their problems.

5. Marriages Are Viewed as Disposable In Today’s Society:

We live in a disposable society. Marriages are thrown away in the same fashion one would toss an old pair of shoes.

We are looking for a quick fix, something that can satisfy our needs and if those needs aren’t satisfied some feel it is easier to toss the spouse and move on to the next relationship.

If the marriage becomes hard and requires a little attention and work or, the butterflies disappear it is easier for some to discard the marriage than to hunker down, roll their sleeves up and go to work saving their marriage.

6. Our Marital Expectations Are Childish:

Our expectations of what marriage is supposed to be are childish. We think if we meet someone, fall in love and marry that, that person is going to take care of all our needs, be there at every point and put to end any problems or loneliness we may feel.

We marry expecting someone else to make us happy, instead of making our own selves happy and THEN marrying.

Many people marry without realizing that their happiness is their own responsibility and if you aren’t happy there is no one on earth who can fix that problem but yourself.

If you are in a situation where there is domestic violence or serial adultery, you have reason to seek a divorce. Most of the people I coach and communicate with who are going through a divorce are not in those situations. Most had no idea what marriage was when they went into it. Once faced with the reality that a successful marriage takes work they didn’t know what to do. Or, they waited too long to do anything.