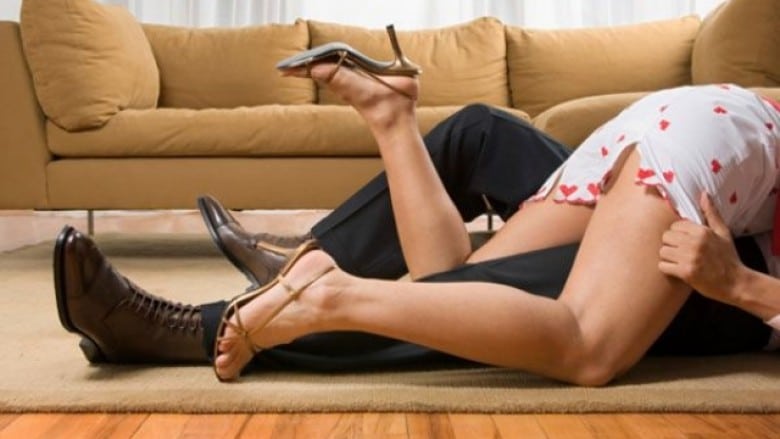 My client, Susan, was cheating on her husband of 27 years. The affair had been going on for two years and even though she knew it was wrong and destructive and disrespectful to her husband, she wouldn’t turn away from it. It provided her the simple, but dangerous distraction from the emptiness that existed within her marriage. Her marriage wasn’t bad, it was just empty: no connection, no spark, no real communication.

So, why didn’t Susan leave the marriage instead of cheat?

If she doesn’t want to be with her husband, why not just leave instead of cheating and hurting him even more?

I can provide you that answer in one word: fear.

Fear that she’ll hurt her husband,

Fear that she’ll regret her decision,

Fear that what she wants in a relationship is an illusion, a fairy tale,

Fear that she’ll screw-up her children or that they’ll never speak to her again, and

Fear that the grass isn’t actually greener on the other side.

We think the people that cheat are just self-absorbed or hateful people because it feels better to vilify them than try to understand what’s driving the behavior. What they really are is someone living in deep fear. They’re afraid of doing the hard work to re-engage and fix their relationship, too afraid to face the truth of it, and they’re too afraid to leave it as well. So, they remain stuck and then distract themselves by finding what they’re missing in the arms of someone else.

I can say this definitively because I’ve worked with hundreds of these women and I have such a deep love and respect for them as individuals. They trust me because I don’t judge them. I’m more interested in what’s driving the behavior than its actual outcome.

Our fear – consciously or unconsciously – drives our choices, actions, and behaviors. And just because the fear is not acknowledged does not mean it remains silent in our most important and most intimate relationships:

We Don’t Make a Conscious Choice to Cheat.

Most people don’t actively go out seeking an affair, but the opportunity presents itself and we don’t turn away. We don’t stop and consider the only real options:

Option 1: Stay and attempt to work on my marriage so that it can feel good again.

Option 2: Acknowledge that the marriage is over and leave as gently and lovingly as possible.

Instead, we make the decision to not make a decision. We choose to not make a choice. In doing so, we don’t leave the marriage and we don’t turn away from the affair. And carrying the weight of that is incredibly destructive.

We Don’t Want the Discomfort of Fixing a Broken Marriage.

It’s daunting to think about whether or not we can do what’s required to fix a broken marriage; and we’ve done everything we know to do and it still hasn’t worked. Likewise, it’s terrifying to consider the option of leaving and facing all the judgments, doubts, and potential regret.

It’s daunting to attempt to stay. It’s terrifying to attempt to leave. And even though this in-between place where we are is also uncomfortable, at least this feels like a discomfort that we know.

Cheating Gives Us a Destination.

We say we’re not leaving for the other man or woman. We know the statistics about the percentage of those relationships that ultimately end. But we want some assurance that the connection and closeness that we want to feel and experience in our most intimate relationship is possible and right now this affair is the only thing showing us that evidence. We lean on this relationship to give us the assurance – the backbone – to do the hard thing of walking away from a relationship that no longer feels good.

We’ve come to believe that if we don’t know where we’re going we have no business getting into the car. And making the choice to leave a marriage to create a new life feels like more of an exploration than a point-to-point destination. Maybe this relationship is providing us that temporary destination so that we will get into the car and take the wheel of our own lives.

If we trace back all the decisions – and the indecisions – we make in our lives to their source, we will find each of our deepest fears. And there is nothing like our closest interpersonal relationships to bring those fears to the surface. I don’t see cheating as right or wrong, good or bad. I see it as fear taking the wheel. And if we can better understand the reasons behind our choices, then it opens the door to allow us to make different choices, ones that might yield better results.

*Sharon is a certified Master Life Coach and a Six-Time #1 International Best-Selling author, specializing in marriage and relationships. Click here to get the clarity you need to know if you should stay or go in your marriage so you can either make the marriage feel good again or lovingly release it.

Can emptiness in marriage lead to cheating?

Emptiness in a marriage leads to either cheating or divorce. Cheating provides people with that distraction needed to fill the void in a marriage. A marriage without communication, mutual respect and excitement seldom survive.

Why do some women cheat instead of leaving a bad marriage?

Women cheat instead of leaving a bad marriage because of fear of hurting their husbands and children. Women also fear that they may find themselves in an empty marriage or relationship once more after they leave a bad marriage.

There is no study to suggest that people deliberately make attempts to cheat their spouses. However, when an occasion for cheating arises, many people grab the opportunity instead of trying to make their marriages work again. Cheaters would prefer affairs over leaving their marriages for they are too afraid to take that step.

Do affairs lead to divorces?

Affairs can lead to divorces as they provide people with that sense of love and connection, which is missing from their marriages. People believe that their affairs are the closest thing to that feeling of love and intimacy they strive for in their marriage. It helps them end their marriages, which might be hard otherwise.