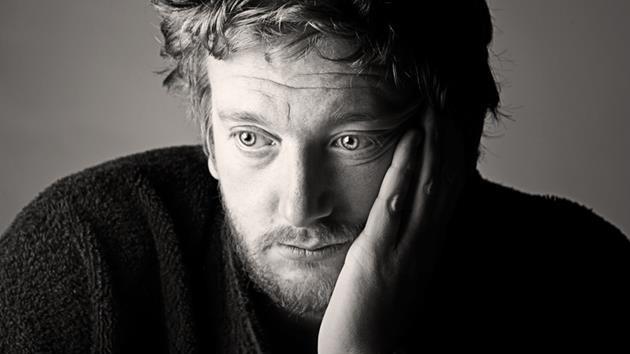 It was a crisp spring day and my new beau and I had just completed a 30-mile loop that entailed biking the length of Manhattan into New Jersey and back. To celebrate accomplishing a longtime goal of biking the George Washington Bridge, we headed to the local pub for a victory drink. I hadn’t even finished my Sam Adams when David started rehashing a story I now knew by heart: his ex-wife’s affair.

With each sip of alcohol, he sunk deeper into despair, reminiscing about the “good old days of his marriage” before his wife stepped out. Put in the uncomfortable position of listening to him vent yet again, I was starting to see the affair as the zipper that scrolls across the bottom of the screen on CNN: an annoying distraction, while at the same time a news flash that signaled this man was no way relationship-ready.

According to an Indiana University study, men and women cheat at the same rate, but the reasons for doing so are entirely different. Men are motivated by sex; whereas for women, it’s emotionally based. They’re looking for the attention, connection and support they’re missing at home.

While a part of me emphasized with David, I also knew his “I-did-nothing-wrong” stance was a bit of an exaggeration and he was omitting critical details. More so, having dated several “David’s” over the years, I knew a man who had been cheated on presents certain challenges that make it difficult to sustain a long-term relationship, specifically:

3 Reasons I Stear Clear Of Men Who’ve Been Cheated On:

1. He bears a psychic wound.

When a wife cheats on her husband, it strikes at the heart of his identity and causes an eruption of emotions that until healed becomes the operating point for all future relationships. Often men will medicate their feelings with alcohol, sex, and destructive behavior, so their anger and sadness are palpable

Many, as David, tried to lean on me like a therapist and were quick to gush with the details of the affair. It was early in our relationship that he blurted during an intimate dinner “My ex-wife cheated me on me!” The urgency of his tone suggested it happened yesterday, when, in fact, it was five years ago. Another man I dated was still venting about his cheating wife 12 years after the divorce papers had been signed.

A part of him wants to prove himself to his ex-wife. Being rejected by someone you love forces the ego into overdrive. If the man doesn’t technically want to win back the ex, he becomes intent of proving himself as the great catch she lost. I’ve seen many men, despite claims of “hating” their ex-wife, go to extremes to placate her demands. For the girlfriend, it’s a no-win situation, as you’re now competing again the woman who rejected him.

2. The man uses the ex’s affair as a justification for not being able to forge an intimate relationship.

One man I dated had countless, brief relationships that all terminated at the three-month mark, while another, a little better, had a five-month limit. Both claimed to want a serious, long-term relationship, yet maintained a revolving door of women with the excuse of “I’m scared” and “My ex-wife messed me up.”

3. He’s in denial that his behavior may have contributed to the wife’s affair.

The renowned psychologist John Gottman, who spent the better part of his career studying couples and marriage, found that there were four negative behaviors that most predict a divorce: criticism of a partner’s personality, contempt, defensiveness and stonewalling or emotional withdrawal.

At first glance, the men I dated whose exes cheated seemed to have picture-perfect marriages, fueled largely by the stories they fed of being the guy who cooked the Saturday morning pancakes, worked overtime to pay for braces and coached Little League. It was only later that I saw flashes of men who handled discord by shutting down and prone to the silent treatment and biting comments.

Most surprising, however, is all acknowledged there were problems in their marriage, yet either outright refused or only attended a few therapy sessions. They would have rather, white knuckled the marriage than do the work required to improve the relationship. As one put it, “I wasn’t going to let some ‘quack’ tell me what to do.”

This is not to condone any woman’s extramarital affair, but instead to encourage any divorced man to work through their issues before reentering the dating scene.

FAQs About Men Who Are Cheated On:

Do men cheat more or women?

A study conducted by Indiana university says as many women cheat their partners as men do, but their reasons for doing so are poles apart. Men cheat because they are motivated by sex whereas women do it for they long for emotional connection, attention and support that is missing from their lives.

How do men feel when their wives cheat?

Men feel worthless, confused and angry when their wives cheat on them. Loss of identity, self-defeating thoughts and purposelessness are some of the problems they continue to face even in their future relationships—unless healed. Many men turn to alcohol, drugs and sex to avoid these feelings instead of facing them.

Why is my boyfriend so concerned about his ex-wife?

If your boyfriend is concerned about his ex-wife, it may be because his ego has gone into an overdrive—after being rejected by her. If the man doesn’t technically want to win back the ex, he becomes intent on proving himself as the great catch she lost.

What kind of behaviors lead to divorce?

Behaviors that lead to divorce include criticism of a partner’s personality, contempt, defensiveness, and stonewalling or emotional withdrawal, says renowned psychologist John Gottman.

How can I solve my boyfriend’s problems?