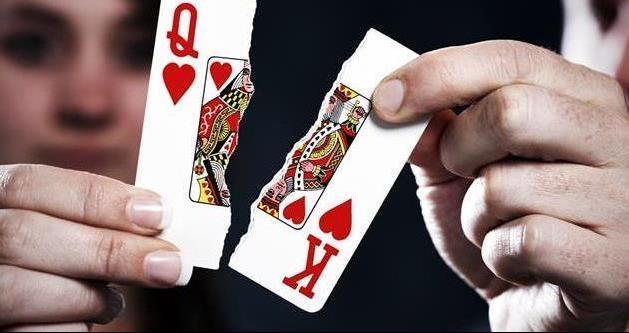 “Why do you never show any emotion?”

“Why do you act like it just doesn’t matter?”

“Hello in there! Is anyone home? I feel like we could have broken up six months ago and it wouldn’t have mattered to you.”

These are just three of a dozen statements from women to men that capture the frustration of dealing with a seemingly unemotional or disinterested person. The distinction between genders when it comes to matters of the heart and mind are plentiful. I could start really simple by telling you that men tend to love and deal with their head as women do with their heart.

I could add a layer by running through the common adjectives that arise when asking each gender to describe the other and how said adjectives paint a picture about how each gender deals with issues, break-ups being just one of them. But for now, let’s stick to the simple question at hand:

Do men react to break-ups differently than women? In a nutshell, yes.

Here are 3 reasons why.

There are those men who want to appear to be in control to the greatest extent possible and thus they keep their feelings bottled up. “I care about this break-up but dammit if I’m unleashing these feelings”–say Robert after his break-up with Samantha. Explore Roberts thoughts further and we may find out a number of things: He wants Samantha back. He does not like or want to be alone. He knows he was part of the reason for the break-up.

Will Roberts reaction and expressions show this? Perhaps not. Otherwise, he would lose the perception of being in control and that is simply not an option for Robert. Samantha, on the other hand, is not going to let her pride or ego get in the way of expressing her feelings. Lastly, Robert may absolutely be devastated and express it when alone. But we’re not talking about how Robert feels, we’re talking about the reaction Samantha sees. And, Samantha is seeing no reaction at all.

On the “relationship farm” lives a male panda named Dale. He speaks softly and rarely, but he thinks a lot. Yep, Dale has definite thoughts about his break-up with Eileen, but she is unlikely to see or hear them. But why? Because panda’s carry the specific feeling that if words and actions are not going to change the past or the future then why say them?

This shows through in the relationship as well. When Eileen got upset because of an incident with the neighbor, Dale wondered if a reaction from him would change the incident while also weighing the incident against everything else in life. He will likely conclude that while he sincerely recognizes Eileen’s pain or anger over the incident, words or action from him will simply extend a situation that, to him, has already occurred. In other words, him becoming involved isn’t going to change something that has already happened.

It’s not uncommon for women who date panda’s to get frustrated because they can seem unemotional or indifferent. All of this said, when Eileen and Dale break-up, unless he wants and believes the relationship is repairable, Dale will go quietly and calmly into the night. Eileen, on the other hand, is likely a female frog on the farm and as such, will think and think and think some more about what happened. She will also wonder how Dale can be so cold and unfazed by what just occurred. Frog meet Panda!

Mike and Jenny may have dated for 3 years but if he feels like the grass is greener (GIG) on the other side, his reaction to the breakup will be wholly different than hers. It’s no secret that post break-up, most women are thinking “what if” or, “what happened” while some men are thinking “what’s next.?” This should not be attributed to an indifference Mike had for Jenny but instead to the likely fact that he loves with his head more than his heart. “I really loved her but it’s over and I know there are other people out there. Get busy living or get busy dying,” says Mike. Jenny likely realizes the possibility of a new GIG but her heart cannot simply absolve the three-year journey she’s taken with Mike. Even if he’s already moved on. What normally happens to people like Mike down the road is this: they want Jenny back.

So there you have it, 3 reasons men react to break-ups differently than women. So how about breaking up with me and this article and find another one that gets you on the path to finding someone that you connect with!