You could call it an adventure, a rite of passage, a minefield. You could call it fodder for a joke book, a set of fortune cookie messages, the source of your gray hair. Well, those “few” silver strands you’re willing to fess up to. Let’s just call my years of active dating an “experience.” 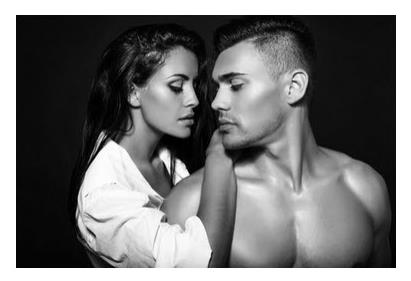 There was the younger guy, make that the sexy younger guy. Okay, more than one. But hey – I was younger, too!

Wait. Did I say dating disasters? Actually, none of the younger guys were a problem. But about the rest of what may be euphemistically termed “character enhancing” encounters, I have certainly had my share.

Um… I’m recalling the dinner date with the guy whose first words (after arriving late) were “You look like my ex-wife,” followed by all the reasons he couldn’t stand her. Yup. Really. And it went downhill from here.

There was one of my Best First Dates Ever (though not the Best First Date Ever)… He was a contact via online dating. He was smart, attractive, polite, sexy… but of course I didn’t realize at the time that he was a professional dater. You know the type. Match.com is his personal Little Black Book. Plenty of Fish is his Last Minute Backup Plan. The bedroom is his Ultimate Destination.

Sure, sure. You may be in the mood for some Third Date Sex, and if that’s it – then go for it! But otherwise? Forget it, because he has Zero. Interest. In. Relationships.

How far did he get with yours truly?

Never mind. I salvaged my heart and my dignity and escaped intact.

Others you may encounter in the Dating Disaster Realm – as did I?

Naturally, most of us have also experienced dating someone with a crazy ex. That deserves a category all its own! I imagine the list above could go on and on and on… I could easily write a chapter (or a book?) on each of those archetypes.

And trust me, I know. I once estimated that I went on more than 200 first dates – just first dates – in the years after my marriage ended.

Happily – yes, I said happily – there are some terrific guys out there.

DID YOU HEAR THAT?

Terrific guys. Plenty of them.

Some are widowed and others are divorced. Some have never married and that doesn’t mean they’re defective. Some have kids and some don’t. None of them are perfectly packaged or perfectly anything, but then neither are we.

People in the Real World don’t come with all the bells and whistles that pop culture convinces us we “deserve.” But keep in mind that’s all hype.

How to avert dating disasters?

Maybe you can’t. Not entirely. What you shouldn’t do is hide from experience. Do learn from your mistakes, and stay opening to meeting all kinds of people even if they aren’t your usual “type.”

They’re a best kept secret. Ditto on the nerds, if you ask me.

My own preference is for divorced dads, or at least those men with significant experience at living with a woman in a long-term relationship. Their expectations are more grounded, and they know what mature interactions are about. If you have kids about the house, doesn’t dating provide some much needed adult company? Aren’t we all entitled to some of that?

Sure, some will be disasters, even a string of disasters. But you learn, as we all do, to make better picks that suit who you are and where you are, and what you want in your dating life.

Meanwhile… Stay away from the whiner, the crier, and the grabber – unless of course, you’re in the mood to grab right back!