As a single mom, I date with an eye toward finding my match in both love and life. Since my three children are an integral part of my life, I am more than a little interested in my prospective date’s lifestyle and where he stands on issues I consider important. Although I do not automatically rule out men who have never before been married or those who are childless, experience has taught me that there is some information of which I like to be made aware before investing my time, energy and money in a face-to-face meeting. 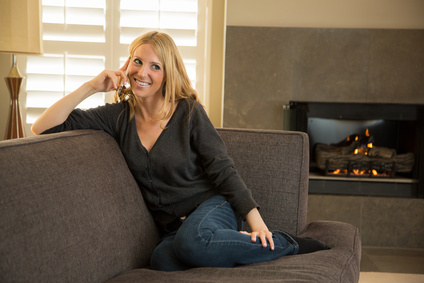 At first my questions may sound intrusive. Delivery does, however, make a difference and I do my best to be both tactful and polite. If a guy is unwilling to answer what I ask, I likewise consider his silence a reply.

The responses I get are helpful to me in vetting those I deem incompatible with my wants and needs. On more than a few occasions, I have dodged the proverbial bullet based on a first conversation alone.

I do realize no pre-screening process is ever foolproof. I also acknowledge that I can better gauge whether a guy is of romantic interest to me after meeting in person. As busy as I am, though, it is nice to avoid my deal breakers right from the start. Here are seven questions I ask before agreeing to a date and why the answers matter.

1. What is your marital status? Even though a guy may state in his profile that he is divorced, I always ask again. Oftentimes a man will tick the “divorced” box when he is actually separated (or even married) to avoid being excluded from searches by women seeking only divorced men. Listening to the manner in which a man answers this question can be telling. If he hesitates or skirts the issue or, alternatively, offers such an elaborate story with many details that do not add up, I become suspicious. Most of the time it does not take more than a Google search or two to discover the truth, and those few minutes may end up saving me from trouble down the road. Time well spent.

2. How long ago did your marriage (or last relationship) end? I am always interested in knowing how much time has passed following a split. Breakups are seldom clean. Depending on the length and depth of a relationship, there may be an ex (or three) waiting in the wings or still on my prospective date’s mind. I want to know the man I will be dating is emotionally available and open to the possibility of exploring a relationship with me. I can generally get a sense of his enthusiasm for the future from a quick conversation.

3. Why did your marriage (or last relationship) end? I recently posed this question to a gentleman whose last long-term relationship ended with a broken engagement. He and his fiancée spent a total of three years together. They broke up because, according to him, she was not up front about her desire to birth a child or her dislike of cats until they began planning their nuptials. On the fence about parenthood, he officially called it quits when she forced him to choose between her and his cat. Though this man spent five solid minutes singing the accolades of his furry friend, I remained unsold. And that was in spite of my affection for cats!

4. How long was your longest committed relationship? Not all single men are created equal. If a man has never been married by the time he is in his forties, fifties or beyond but has been in several long-term relationships throughout the years, I am confident he is not only capable of committing but also potentially willing to do so. When I meet a man who has a poor track record with women, whose longest relationships have amounted to only a series of weeks or months, I wonder whether he will one day be the partner I am looking for. If I was a betting woman…

5. What is your current living situation? I am not comfortable dating a guy who, though separated, is still sharing a home with his estranged spouse. While on a recent date with a divorced man, he detailed how during his own separation not only did he live with his spouse, but they continued to sleep in the same bed! During that time, each dated other people and, according to him, stayed on their respective sides of the bed “most” nights. Because I am looking for a partner with whom I can one day share my life, I find the potential for such distractions problematic. If the guy is someone I am interested in getting to know better, I usually offer him the opportunity to call me when he is living apart from his ex. If I am still available we can then arrange to meet.

6. Are you close with your family/friends? Seldom do I have to ask this question because a man who values his familial relationships will bring them up almost immediately. I am very close with my own family and have many dear friends I consider family. I want to know the man I will be dating is a good father (if applicable), a good son, brother and so forth. If he does not have family nearby but has close friends who stand in as family, that works, too. When I speak to a guy who admittedly does not maintain these relationships, I look for a compelling reason why. Rarely do I find it.

7. How do you feel about dating a woman with children? If a man is uncomfortable that I am a mother, I immediately accept that he is not The One for me and I move on. During the course of our conversation, my cat-loving friend informed me that although he is not looking to become a stepfather he would not rule out the possibility either. That he was less than enthusiastic about the prospect of children throughout our call was an understatement and for me a non-starter. But I begrudged neither his choice nor his expression of it. Instead, I could only be grateful for his honesty.

How do you prepare for a date?